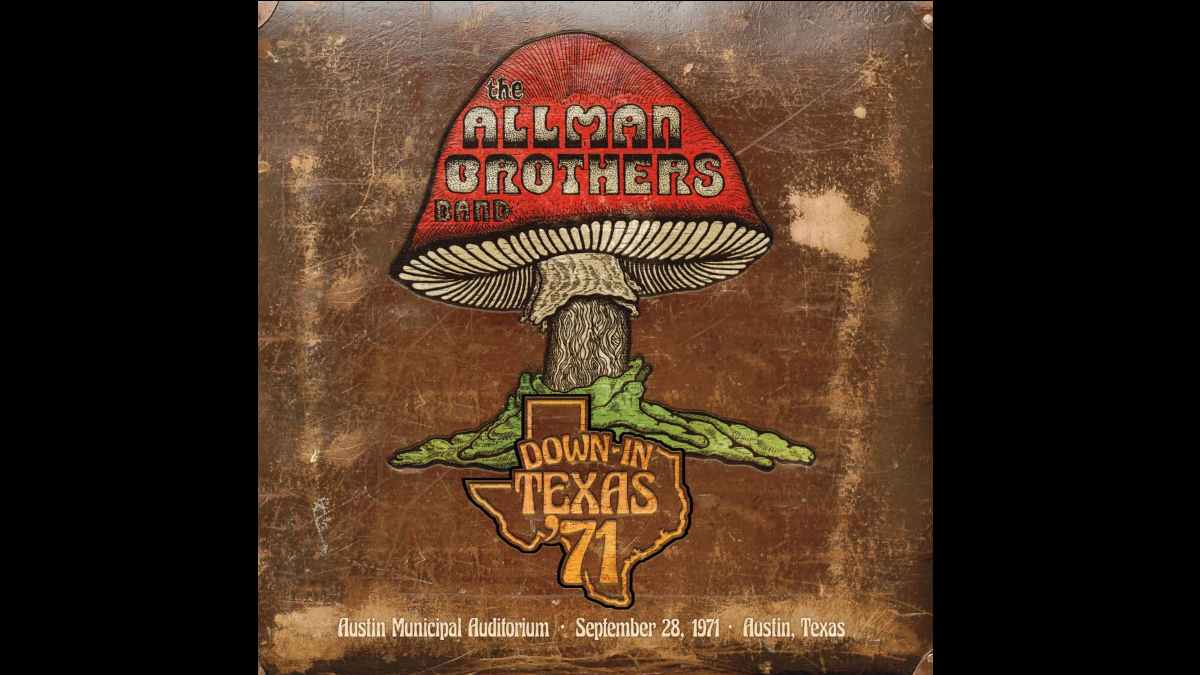 The Allman Brothers Band will be celebrating the 52nd anniversary of their founding on March 26th with the release of a new live album entitled "Down In Texas '71".

The record will feature the band's historic performance at Austin Municipal Auditorium in Austin, TX that took place on September 28th, 1971 and will feature nine tracks including "Statesboro Blues," "In Memory of Elizabeth Reed" and "Stormy Monday".

The physical CD version will also include as a bonus an exclusive radio interview with band members Berry Oakley and Duane Allman, recorded just a few months ahead of this performance.

According to the announcement, "Down In Texas '71 captures a special snapshot in time during the pivotal year of 1971 for the Rock & Roll Hall of Fame group. Coming two months after the release of At Fillmore East in July and occurring one month before the death of Duane Allman in October, the Austin show presents the original ABB line-up--Duane Allman, Gregg Allman, Dickey Betts, Berry Oakley, Butch Trucks and Jaimoe--at the peak of their creativity."

The band is offering the new album via an exclusive pre-sale via merchmountain.com.