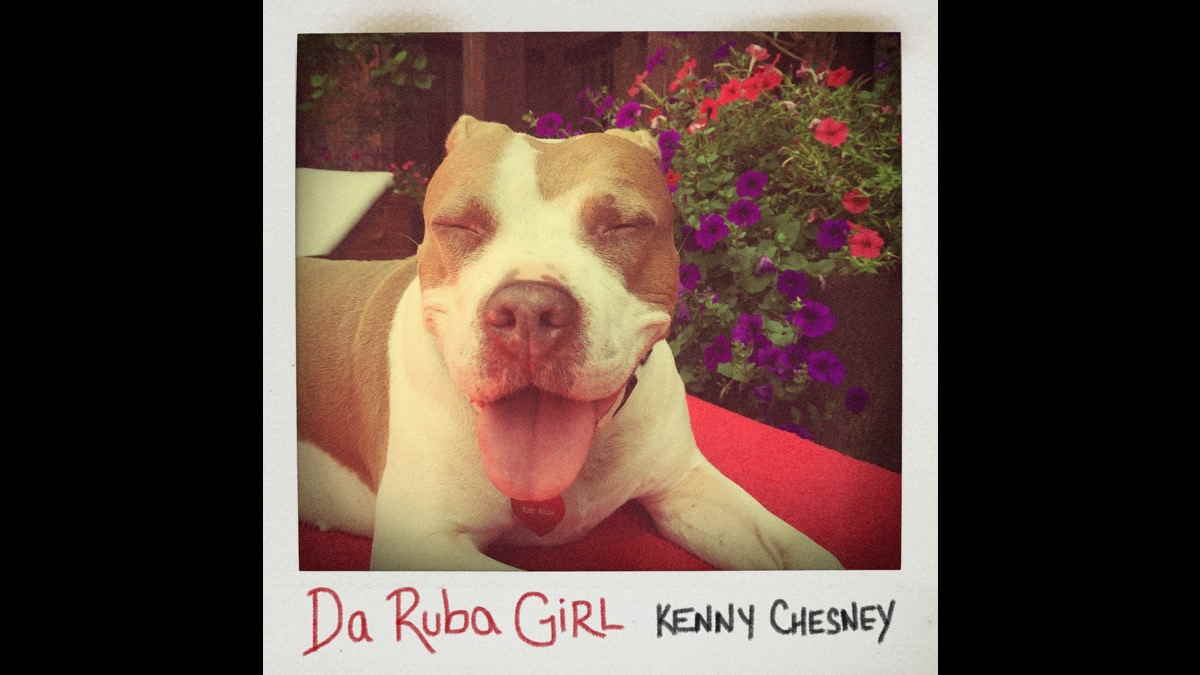 We were sent these details: Anyone who's seen Kenny Chesney's social media over the last few days knows about the passing of his beloved rescue, Ruby. He wrote that the red and white mix "lived her life never holding anything against anybody. She had an ancient, calming soul. She was honest and authentic, she was a protector... Ruby loved the sun and how it felt on her face. She and I had that in common... I'm going to miss her, especially in the mornings. That's when she and I really connected. So bye-bye, Ruby. You were a very good girl. We loved you and thank you for teaching us how to love unconditionally. You were one heaven of a dog."

The East Tennessee songwriter closed the post with a lyric from the No Shoes Nation favorite "Da Ruba Girl," which aired regularly on Chesney's SiriusXM station, No Shoes Radio. After years of requests to make the song available, the man known as much for his introspective songs about the islands and life on the coastlines as his high-impact stadium shows has decided to honor Ruby - and help one of the nation's largest pit bull rescue shelters - by making the song available in her memory.

"No one had a bigger, bolder heart than Da Ruba Girl, whose name was Ruby," Chesney explains. "She was a rescue my friend Mary brought into our lives, and she was the most loving, gentle soul. It's why she inspired the song, and truly how she showed us better ways to be human. Losing her has left a hole there are no words for...

"And while she was a rescue, she truly rescued every single person who came in contact with her. To honor her life, I wanted that love and her ability to rescue people to continue. I wanted to do something that embodied what she was, and that would also help people know these dogs can save you. So it only made sense - after all the years of people asking - to release Ruby's song, and to let 'Da Ruba Girl' pay it forward by helping the incredible people at Stray Rescue of St. Louis, who not only worked closely with us after the hurricanes in the Virgin Islands, but who also continue to help find homes for big dogs, old dogs and especially pits, which they are one of the largest shelters for."

Starting tomorrow, December 9, "Da Ruba Girl" will be available for purchase via iTunes as well as on all streaming platforms. All proceeds from the song will be donated to Stray Rescue of St. Louis. Additional donations may be made through their website: www.strayrescue.org. Be sure to note the gift "In Honor of Da Ruba Girl" - and help make other abandoned animals' holidays brighter while they're waiting on their forever home.

"They say we rescue them, but I know from experience we're really the ones who are rescued," Chesney says. "And I also know some of the biggest angels on earth are the people who work in the shelters, healing these poor, abandoned, often abused babies. Ruby was everything good, and in her memory, this is her way of continuing to give and bring love where it's most needed."