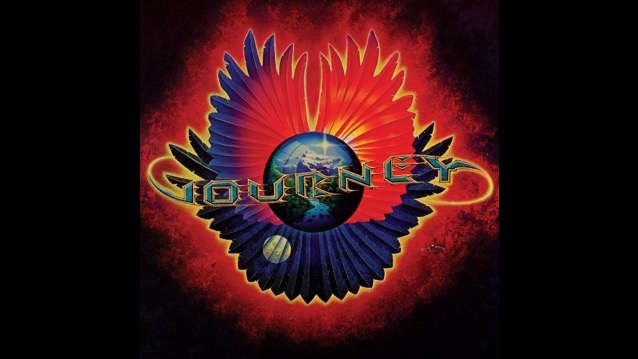 The 45th anniversary of Journey's break through "Infinity" album is being celebrated by the syndicated radio show In The Studio With Redbeard: The Stories Behind History's Greatest Rock Bands.

"With their 1978 breakthrough album, Infinity, some rock writers even today attempt to reduce the remarkable transformation by the San Francisco band Journey as 'talented, veteran, but commercially struggling group hires world-class singer, which anybody would recognize; shortens song arrangements; and instantly becomes the biggest band in America'.

"Even though I had been playing Journey on the radio starting with 'Of a Lifetime' off of their 1975 debut, 90% of Journey fans first heard and saw the band because of the songs on their fourth effort Infinity , including 'Lights', 'Feeling That Way', 'Anytime', 'Wheel in the Sky', and 'Patiently'. Yet two vital facts seem to elude the rock history revisionists: Journey had already tried, unsuccessfully, to be more commercial by shortening their songs on their third album, Next. And in band co-founder Gregg Rolie, 'Journey already had a lead singer,' Steve Perry emphasizes in this classic rock interview, 'I wasn't brought in to replace anyone.' Truth be told, band manager Herbie Herbert had already tried to bring in an outside singer before Perry, Robert Fleischman (who even co-wrote 'Anytime' and 'Wheel in the Sky'), so the odds of grafting any new singer onto this well-established quartet were slim and none.

"The points that seem to be most under-appreciated in the turnaround of Journey is the strong, instantaneous collaborative songwriting that Steve Perry provided, particularly with Neal Schon on 'Lights','Patiently', and 'Somethin' to Hide'. Subsequent studio albums Evolution and Departure contained hits 'Just the Same Way','Lovin' Touchin' Squeezin' ', and 'The Party's Over (Hopelessly in Love)'. And as America would soon learn after Infinity's 1978 release, Perry was an excellent front man in concert, not anchored behind a bulky Hammond organ like Rolie, energetic and seemingly effortless in singing over 170 shows on the barnstorming Infinity tour." Stream the episode here.