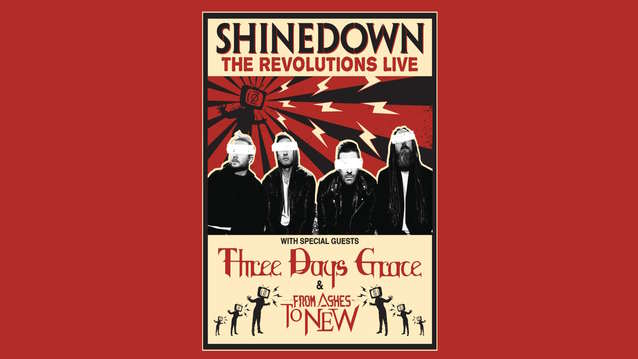 Shinedown have announced that they will launching The Revolutions Live Tour of the U.S. this spring with support from Three Days Grace and From Ashes to New.

The Revolutions Live Tour will include 21 stops and is set to kick off on April 3rd in Saginaw, Michigan on April 3 at The Dow Event Center and will wrap up on May 9th in Portland, OR at the Moda Center.

Tickets for the trek, support of Shinedown's "Planet Zero" album, are set to go on sale to the general public this Friday January 27th 10am local time. (see dates below).

Following the tour, Shinedown are also set to appear at this year's Blue Ridge Rock Festival at The Virginia International Raceway in Alton, VA in early September.