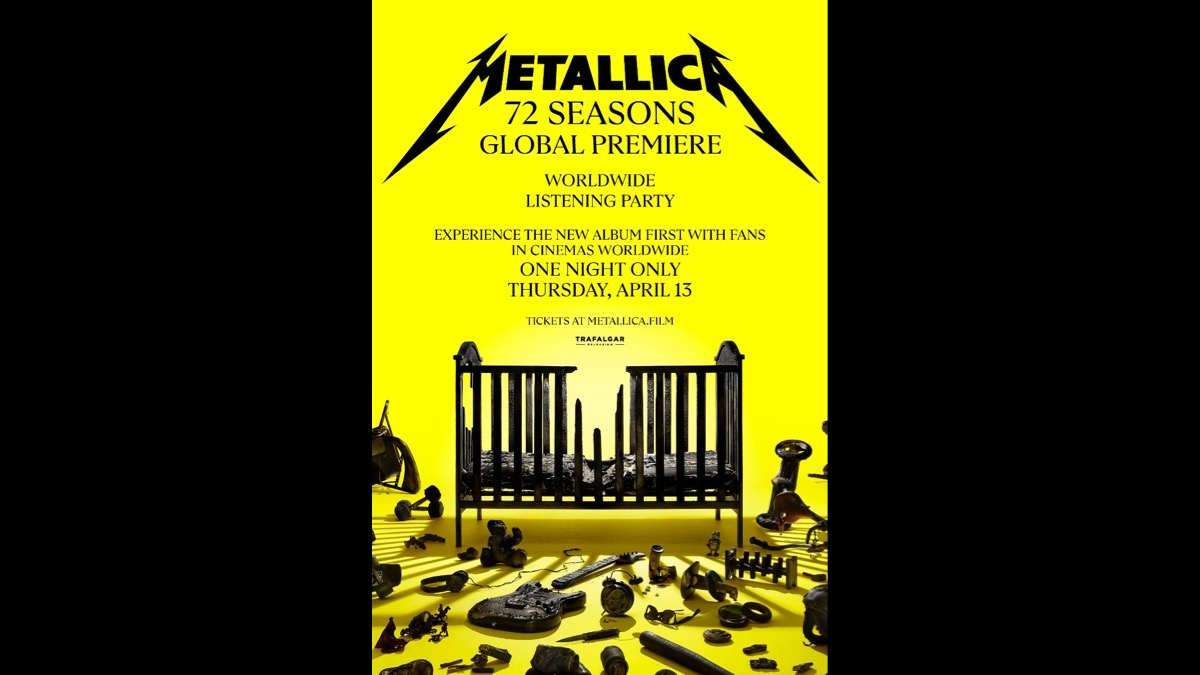 (Nasty Little Man) Metallica and Trafalgar Releasing have announced that they will be hosting a worldwide listening party featuring the global premiere of Metallica's forthcoming 12th studio album, "72 Seasons."

For one night only on Thursday, April 13, 72 Seasons will be played in full in pummeling surround sound, exclusively for cinema audiences worldwide-with every one of the new songs featuring its own music video and exclusive commentary from the band.

The result will offer fans an unforgettable night as they experience 72 Seasons first and fully on the eve of its April 14 release date. Tickets for 72 Seasons - Global Premiere will be available beginning Thursday, March 2 at metallica.film.

"This is a monumental opportunity for Metallica fans to be the first to hear the new album. We are thrilled to be a part of this historical global moment-connecting Metallica with their fans once again," said Kymberli Frueh, SVP Programming and Content Acquisitions, Trafalgar Releasing.