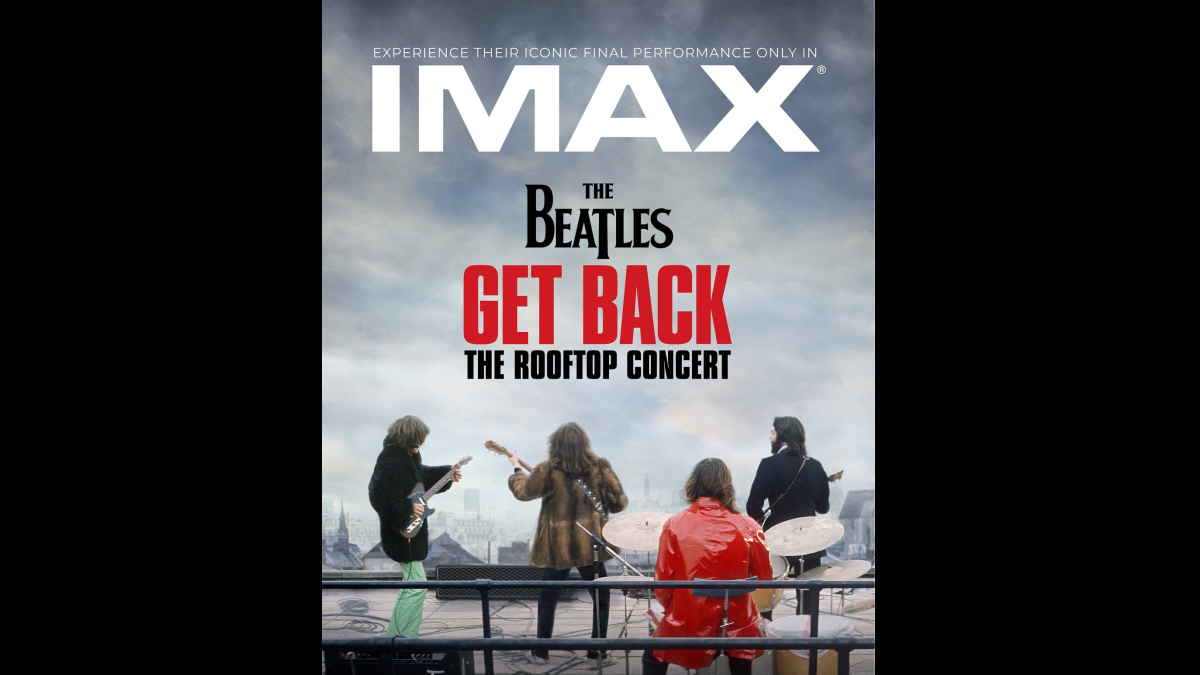 (hennemusic) The Beatles will screen their legendary 1969 rooftop concert - as featured in the new docuseries "Get Back" - in IMAX as part of an exclusive event on January 30.

The evening will see footage of the band's live performance on the rooftop of Apple Corps' Savile Row headquarters on January 30, 1969 featured alongside a Q&A with filmmaker Peter Jackson.

To celebrate the anniversary of the landmark performance, select IMAX theaters will host the screenings with a filmmaker Q&A and give away exclusive mini-posters; the Q&A will be broadcast via satellite simultaneously to all connected IMAX locations.

"I'm thrilled that the rooftop concert from 'The Beatles: Get Back' is going to be experienced in IMAX, on that huge screen," says Peter Jackson. "It's The Beatles' last concert, and it's the absolute perfect way to see and hear it."

The concert will be optimized for IMAX screens, digitally remastered into the image and sound quality of The IMAX Experience® with proprietary IMAX DMR® (Digital Remastering) technology.