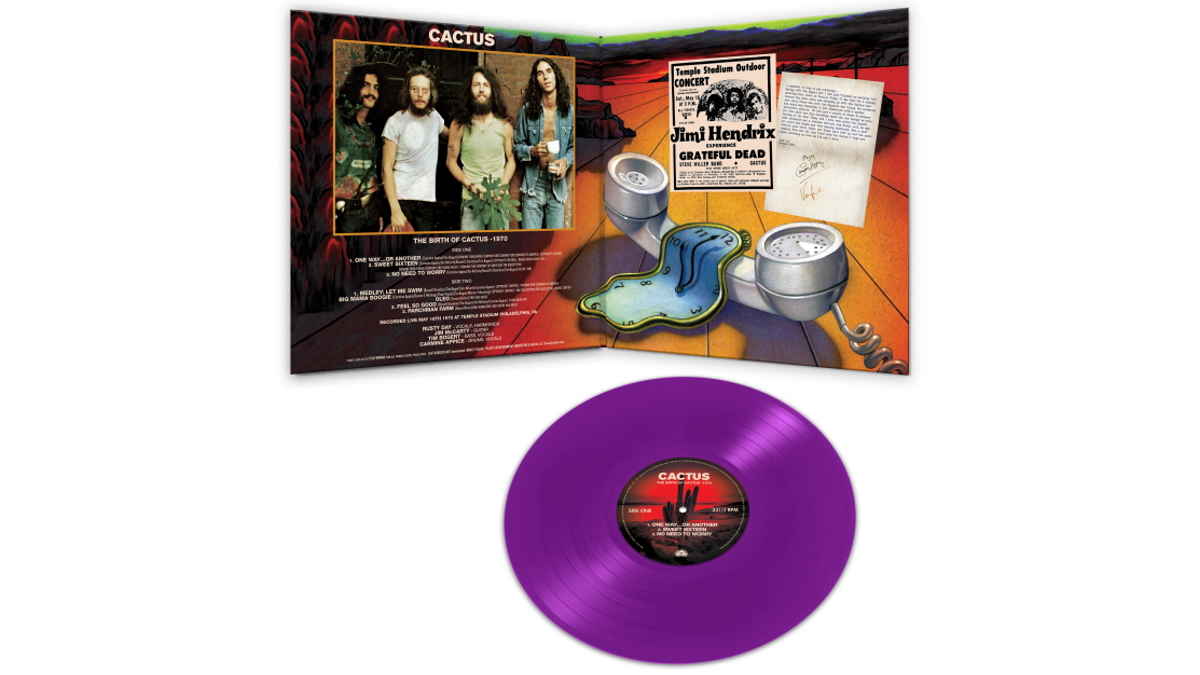 An unearthed recording of what is billed as the debut live performance of Cactus is being released as a new live album called "The Birth Of Cactus 1970".

Cleopatra Records will be releasing "The Birth Of Cactus 1970" digitally, on digipak CD and as a special Purple vinyl on January 21st and will feature these six live tracks: "One Way...Or Another," "Sweet Sixteen," "No Need To Worry," "Medley: Let Me Swim / Big Mama Boogie / Oleo," "Feel So Good," and "Parchman Farm."

The recording took place on May 16, 1970 at the Temple University Stadium, Philadelphia, PA during a show that also featured The Jimi Hendrix Experience, Grateful Dead and Steve Miller Band.

Carmine Appice had this to say , "I remember doing that first gig, hanging out with Hendrix who was a friend of Cactus. We got on stage and the energy level was off the charts!

"All the songs kicked major ass. We were so excited to get Cactus going and this show helped. Crowd was great and we did ROCK!!" Physical versions are available for preorder here.