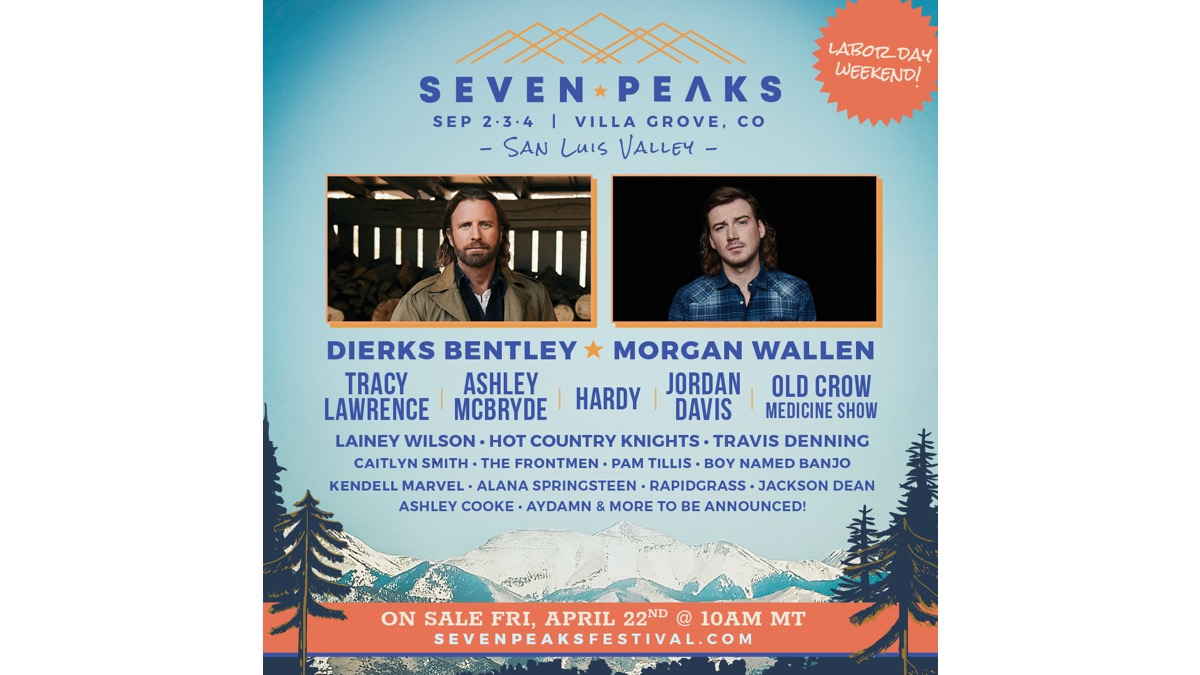 (The GreenRoom) Dierks Bentley and Live Nation have revealed the lineup for Seven Peaks Music Festival which is taking place this Labor Day Weekend (Sept. 2 - Sept. 4) against the picturesque new location of Villa Grove, CO in the San Luis Valley.

Friday night of the festival will kick off with a special stacked lineup of 90's acts including Hot Country Knights, Tracy Lawrence, The Frontmen and Pam Tillis, while AYDAMN will be deejaying throughout the weekend. Passes will go on sale to the general public on April 22 at 10am MT at sevenpeaksfestival.com.