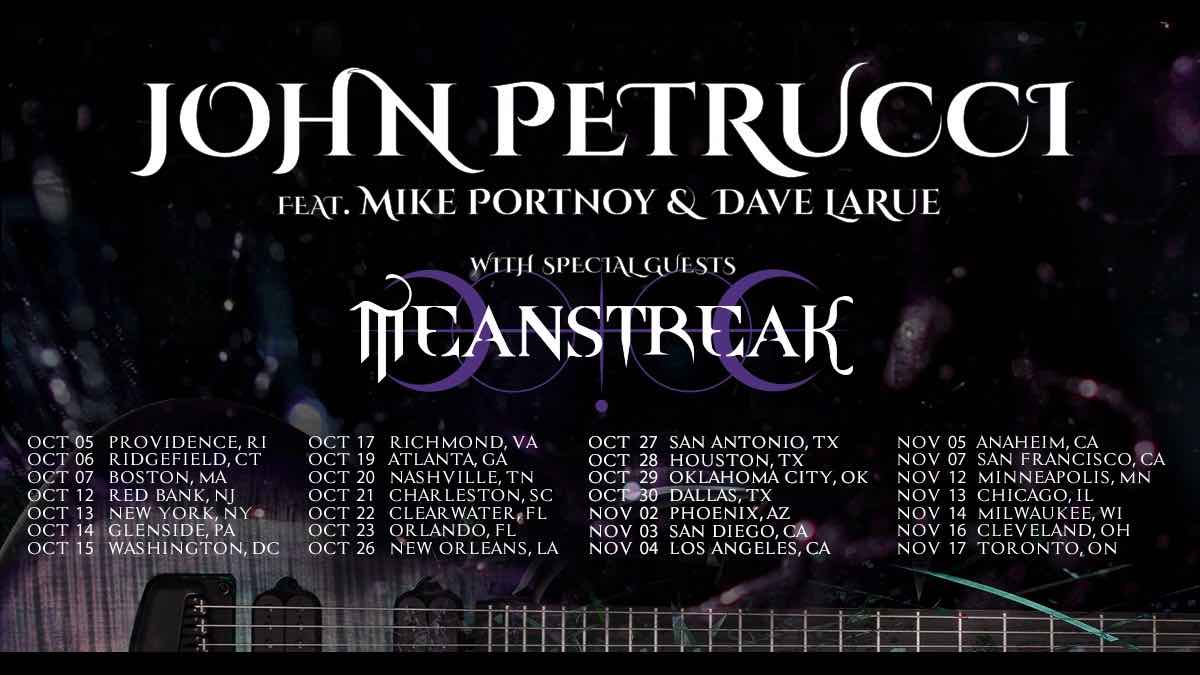 The tour is scheduled to begin on October 5th in Providence, RI at The Strand and will wrap up on November 17th in Toronto, ON at the Danforth Music Hall.

Recently reunited Meanstreak will be the opening on the trek. Petrucci will be playing material from his recent solo album, "Terminal Velocity", that saw him record with Portnoy since 2010.

John will also play songs from his debut solo album, "Suspended Animation". See the dates below: