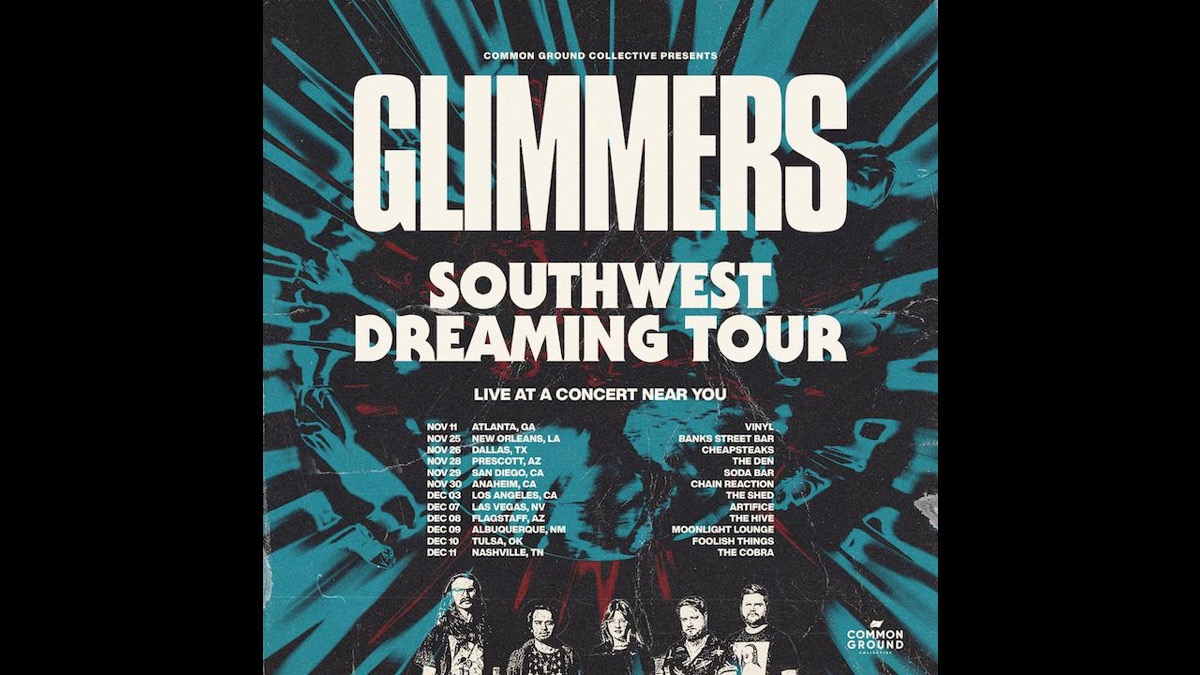 (Big Picture Media) Atlanta rockers glimmers have announced their Southwest Dreaming Tour. The tour will kick off with a hometown show in Atlanta, GA at Vinyl on November 11th, where they'll be opening for The Dangerous Summer.

After that, they'll be visiting over 10 cities across the southwest including stops in Dallas, TX, Los Angeles, CA, San Diego, CA and Las Vegas, NV before wrapping up in Nashville, TN at The Cobra on December 11th.

This announcement comes off the heels of the release of the band's latest single, "Dreaming," out now via Common Ground Collective. "Dreaming" continues to build on the band's new era as the track reflects on the feeling of liking the fantasy that you have in your head of someone as opposed to who they actually are in real life. Watch the lyric video for "Dreaming" now HERE.