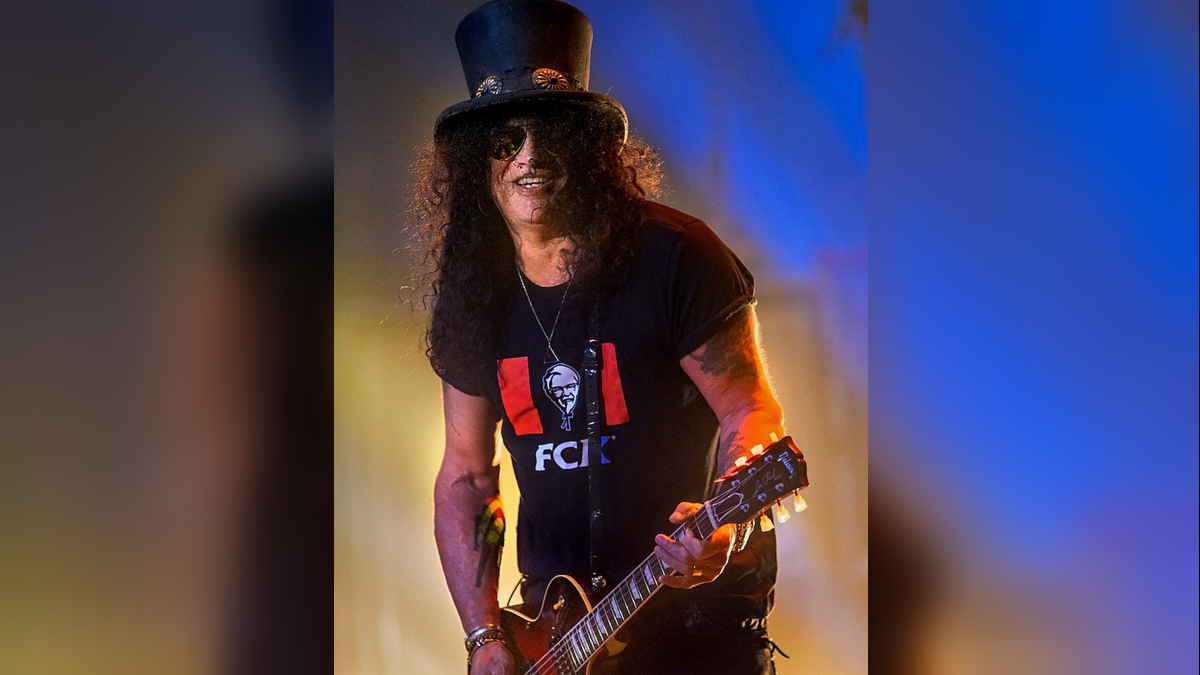 (hennemusic) Guns N' Roses performed their live debut of the AC/DC classic, "Back In Black", during a June 7 concert in Seville, Spain and fan filmed video footage has been shared online.

The 1980 song follows the appearance of the Australian group's "Highway To Hell" track, "Walk All Over You", in GNR's set three days earlier in Lisbon, Portugal on the opening night of their European tour.

Guns N' Roses' version of "Back In Black" marks the first time Axl Rose has delivered the song in concert since he helped AC/DC wrap up their Rock Or Bust world tour at a September 2016 show in Philadelphia, PA.

Rose offered to help AC/DC complete the series after singer Brian Johnson left the tour when he was advised by doctors that he was risking total hearing loss due to the effects of a punctured left ear drum he suffered while racing at the 2008 Watkins Glen International after forgetting to put his ear plugs in during the event.

Produced by Mutt Lange, "Back In Black" has the distinction of being the best-selling hard rock album in history, with estimated worldwide sales of 50 million.

Watch Axl perform the song with both GNR and AC/DC here.