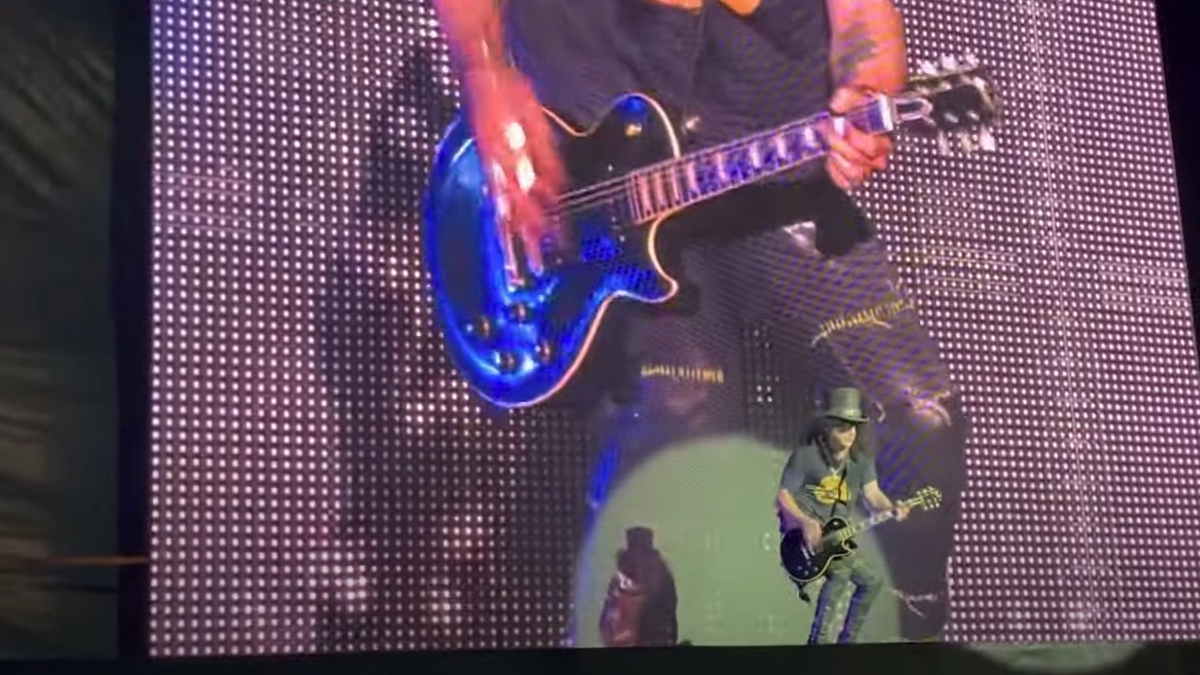 (hennemusic) Guns N' Roses rocked the AC/DC classic, "Walk All Over You", during a June 4 performance in Lisbon, Portugal, and fan-filmed video of the song has surfaced online.

The track from AC/DC's 1979 album, "Highway To Hell", was featured during the opening night of the band's 16-date European tour, which will mix headline shows with festival appearances at the Sweden Rock Festival and France's Hellfest before it wraps up in Hanover, Germany on July 15.

Axl Rose performed with AC/DC in 2016 after singer Brian Johnson left the "Rock Or Bust: tour when he was advised by doctors that he was risking total hearing loss; Johnson revealed that the issue began while racing at the 2008 Watkins Glen International when he suffered a punctured left ear drum after forgetting to put his ear plugs in during the event.

Rose helped AC/DC complete the final dates of the series in Europe and North America. Read more and watch video of "Walk All Over You" from Lisbon here.