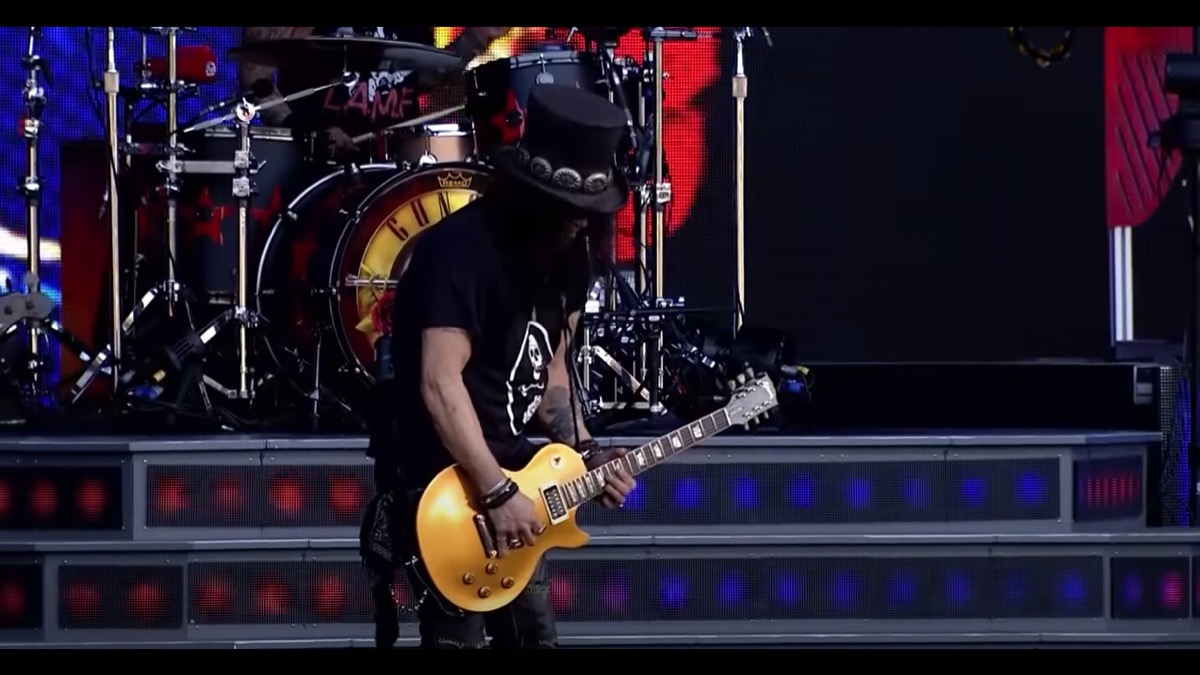 (hennemusic) Guns N' Roses are streaming video of their performance of their classic hit song, "Sweet Child O' Mine", from a June 28th concert in Dublin, Ireland.

The event at the city's Marlay Park is part of the band's current European tour, which opened in Lisbon, Portugal on June 4 and will wrap up in Hanover, Germany on July 15.

The third track issued from Guns N' Roses' debut, "Appetite For Destruction", remains the group's only US No. 1 single and one of six US Top 10 hits.

Earlier this year, the song topped the US Hot Hard Rock Songs chart following its inclusion in a trailer for the newly-released movie "Thor: Love And Thunder."

The feat delivered Guns N' Roses their first No. 1 on the Hot Hard Rock Songs list since it was launched in 2020; they previously scored a pair of Top 5 tracks last year with "Hard Skool" and "Absurd."

Stream video of the performance here.