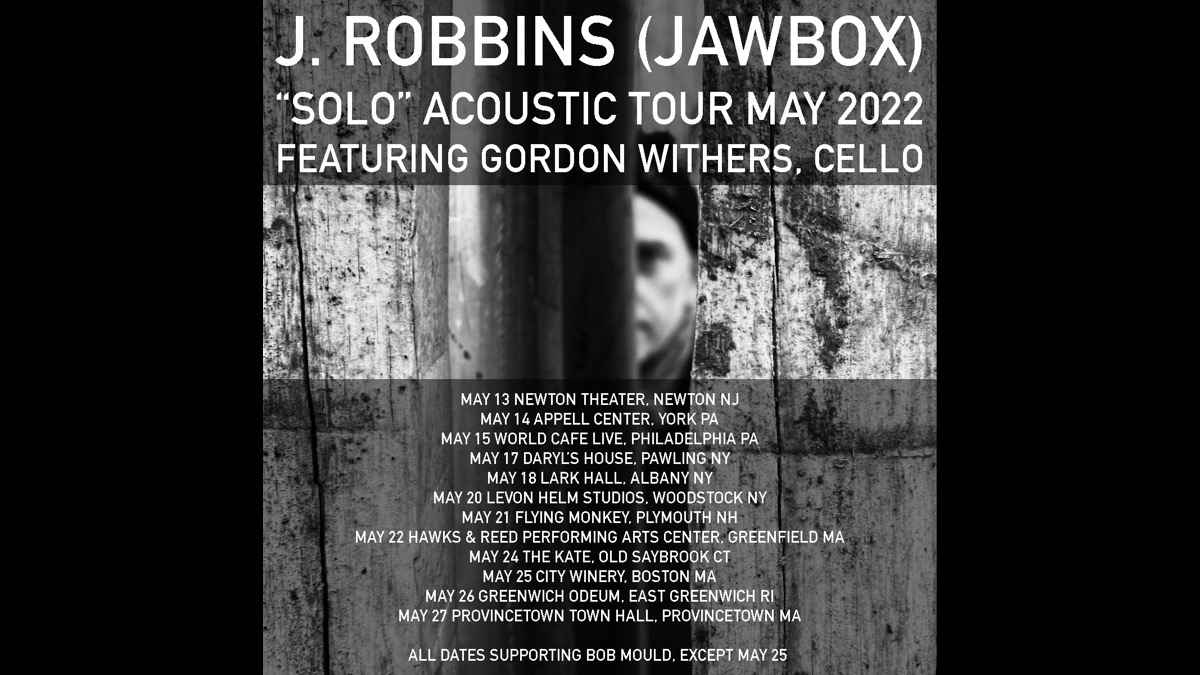 Robbins is supporting Mould on his Northeast U.S. solo electric tour dates that kick off this Friday, May 13th at the Newton Theater in Newton, New Jersey.

Cellist Gordon Withers will join Robbins for his sets on the tour which is scheduled to run through May 27th where it concludes at the Provincetown Town Hall in Provincetown, MA.

Fans can also catch Robbins during a special stand alone solo dates on May 25th at the City Winery in Boston, MA. See all of the dates for the tour below: