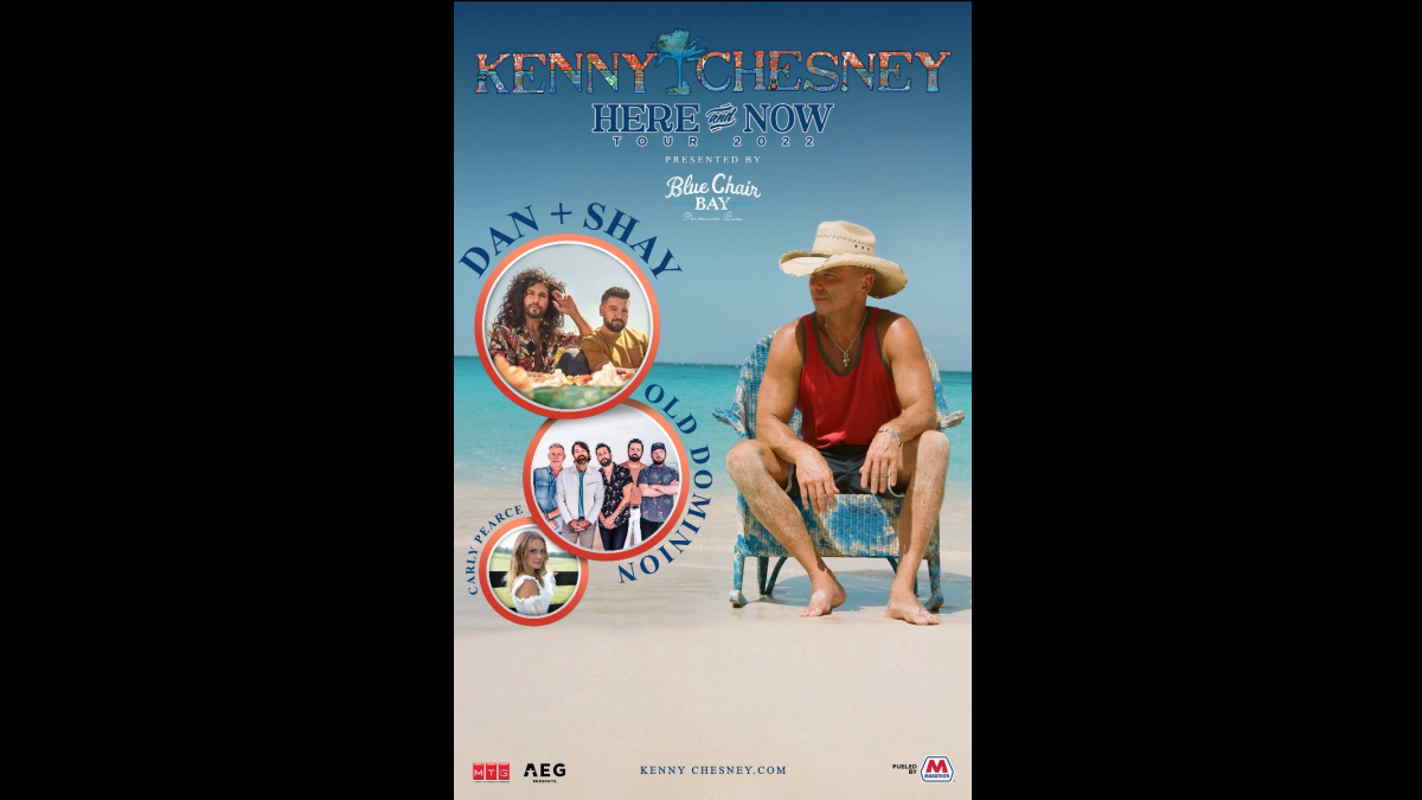 Kenny Chesney earned a top 21 story from November 2021 when he announced that he had added two more shows to his Here And Now 2022 stadium tour, which will also feature Dan + Shay, Old Dominion, and Carly Pearce.

The trek will now include stops at Charlotte, N.C.'s Bank of America Stadium and Columbus, Ohio's Historic Crew Stadium. Things will get underway on April 23rd at the Raymond James Stadium in Tampa, FL on April 23rd and will be wrapping up with two nights at Gillette Stadium in Foxborough, MA on August 26th and 27th.

Chesney had this to say about the tour, "When we realized we weren't getting to spend 2020 with No Shoes Nation, I never thought it would be three years until I would see my most favorite people in the world.

"My favorite place in the world is anywhere we all come together. They come strong. They get loud. They love the music. But most importantly, they live life - every second - for all its worth! They inspire me, and I want to get out there and get going, creating the greatest night of the summer every time we hit the stage.

"Putting this line-up together has been awesome. We've got Dan + Shay, who continue to set records with their music and have been burning it up on their own headlining tour this year. We have an old favorite, who just keep getting better, Old Dominion - it's almost like it wouldn't be a stadium show without them! - and one of my newest friends in Carly Pearce, whose songwriting is so personal to her own life, yet so many people find themselves in her songs."