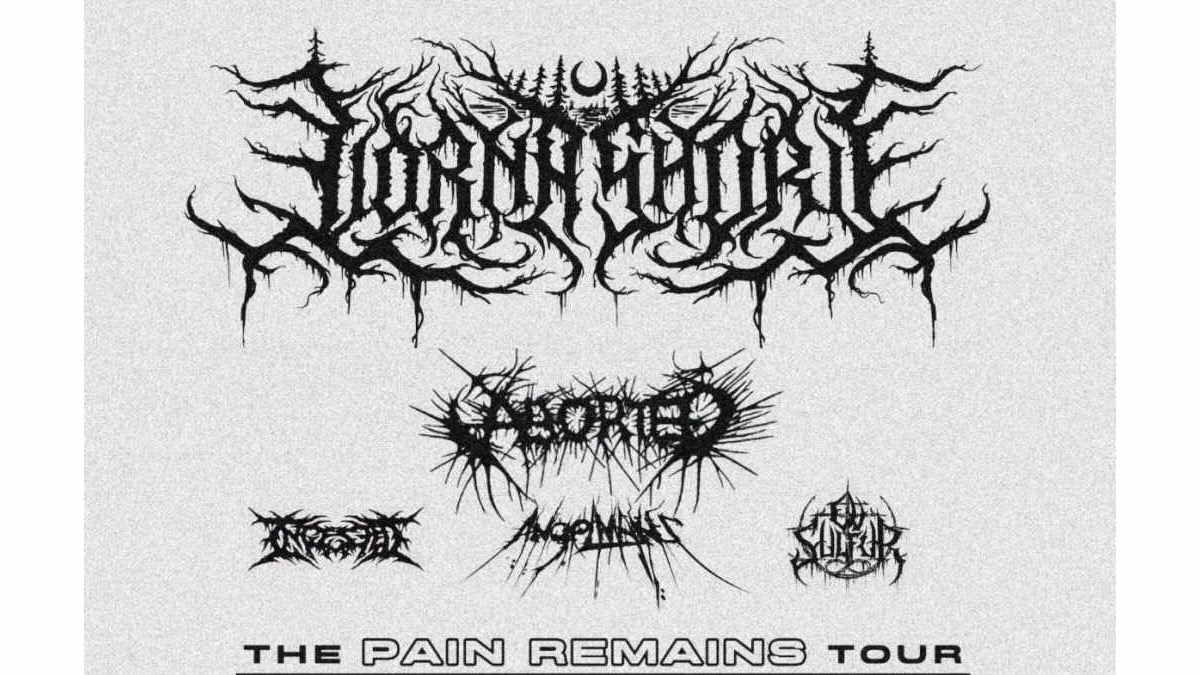 Lorna Shore have announced that they will be launching The Pain Remains North American Headline Tour this fall that will feature support from Aborted, Ingested, AngelMaker and Ov Sulfur.

The tour is scheduled to kick off on October 21st in Philadelphia, PA at the Theatre of Living Arts and will conclude on November 20th in Montreal, QC at L'astral.

VIP ticket packages will be available to purchase for each show, which will include a ticket to the show, meet and greet with Lorna Shore, an exclusive VIP t-shirt, a souvenir laminate with a lanyard, a signed poster, a tote bag, an enamel pin and early entry. General admission tickets go on sale starting August 5th at 10AM local time (ticket links below) and VIP tickets will be available on August 4th at 10AM ET/7AM PT, HERE.

Guitarist Adam De Micco had this to say, "We are excited to celebrate the release our new album 'Pain Remains' across the US alongside some of our favorite bands.

"This tour allows us to put on a performance we feel this record deserves while giving fans an experience to remember." See the dates below: