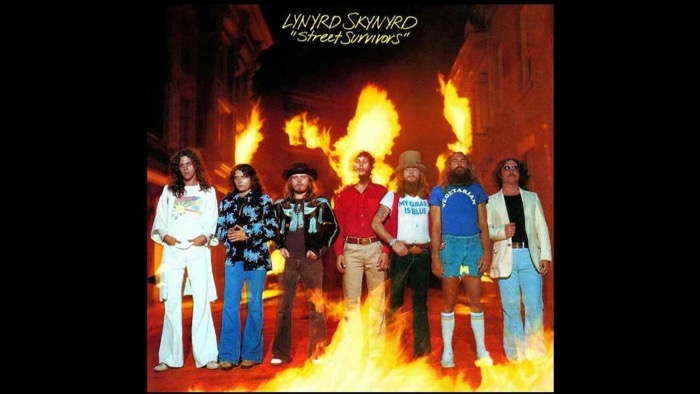 The show's host Redbeard had this to say, "The tale of Lynyrd Skynyrd and Street Survivors would seem to have been hatched in the vivid imagination of Tennessee Williams, Harper Lee, or William Faulkner, but the real-life characters are so colorful, the childhood bonds so strong, the struggles so personal, the victories so inspiring, and the heartbreak so deep that there is simply no need for hyperbole in telling it. The modifiers 'legendary' and 'iconic' are thrown around probably too loosely in rock journalism, but in the case of Lynyrd Skynyrd's Street Survivors, these adjectives are completely warranted, simply because the album was so good, and what happened to the band, just days after its release, was so bad. Lynyrd Skynyrd guitarist/songwriter Gary Rossington sets the table for the songs 'What's Your Name', 'That Smell', 'I Know a Little', 'You Got That Right', and reveals what really happened on that fateful night flight 'One More Time'.

"The redemption story of Lynyrd Skynyrd's most musically mature and popular album, Street Survivors, is sadly forever framed by gut-wrenching tragedy. Revisiting the time of of one of music history's darkest days compels us to separate fact from fiction, myth from legend, about the band who waded from the swamps at Green Cove Springs outside Jacksonville Florida to the top of the charts.

"Their fifth studio album, Street Survivors remains unique in the long Lynyrd Skynyrd discography in several ways: it is the last recorded by original members guitarist Allen Collins and singer/ songwriter Ronnie Van Zant; it is the only studio appearance with songs and performances by Steve Gaines; and Street Survivors is Lynyrd Skynyrd's highest charting album at #5.

"The tragic airplane accident which decimated the original Lynyrd Skynyrd could focus you on the obvious fact that guitarists Gary Rossington and past prodigal & current member Rick Medlocke are the sole survivors of the Jacksonville kids who met on the baseball field, practiced in a carport, and wrote rock history. Yet if you over-analyze the meaning of this latest attrition, you risk missing the point of every Lynyrd Skynyrd release and tour (counting the Rossington-Collins Band) for the last 40 years. When I asked a visibly scarred and emotionally traumatized Gary Rossington in May 1980 why he chose to soldier on after the tragic 1977 Lynyrd Skynyrd plane crash killed three band members, Rossington replied, 'Because I don't know how to do anything else, except pick strawberries. And I'd rather play music.'

"The core of Lynyrd Skynyrd always has been the ageless bond among boyhood friends from the wrong side of the tracks in Jacksonville. Eventually nature will impose its own 'stop loss policy' on the band, but it appears unlikely as long as original members Rossington and Medlocke are the last men standing. Lynyrd Skynyrd co-founder Gary Rossington, along with a cameo from Southern Rock patriarch the late Charlie Daniels, salute the band's biggest-selling album Street Survivors." Stream the episode here.