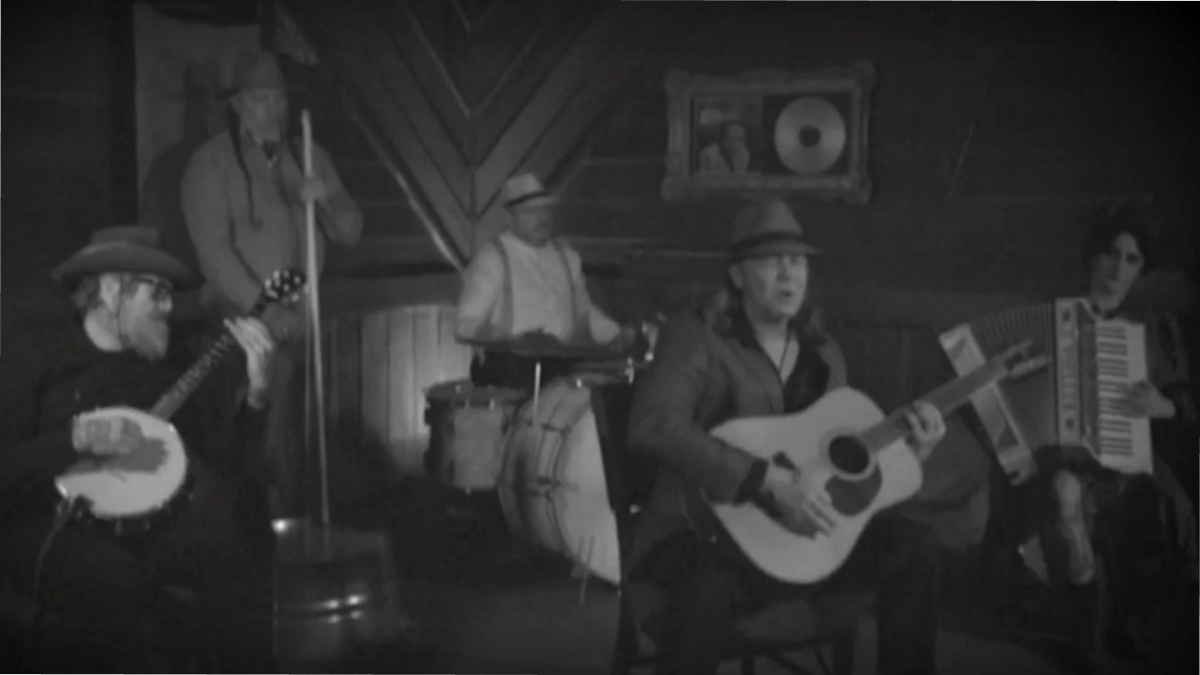 Pike, Hinds, and the 'Pike vs. the Automaton' crew on the 'Land' video set

Pike had this to say about the song, "'Land' was written after I had just come home from a tour. It's like an old blues song. I was thinking of it as like a bunch of old dudes in a subway doing a doo-wop thing.

"It has the feel of a two-step like my Mom used to dance to, like Country Western. It's totally about depression and leading a hard life. Later, I was playing the song for Brent Hinds from Mastodon who had come out to Portland to jam with me and he laid down this smokin'-ass Billy Gibbons kind of solo! I did one solo and then he did his solo and I'm like, 'You're a dick,' (laughs).

"The bass player from Brent's other band West End Motel, Steve McPeeks, played some stand-up bass - both plucking and with a bow - and it really brought out this depth to the song. I've never written a song like that and recorded it and made it as cool as it is. It's totally different." Watch the video below:

High On Fire's Matt Pike Has Emergency Amputation 2018 In Review