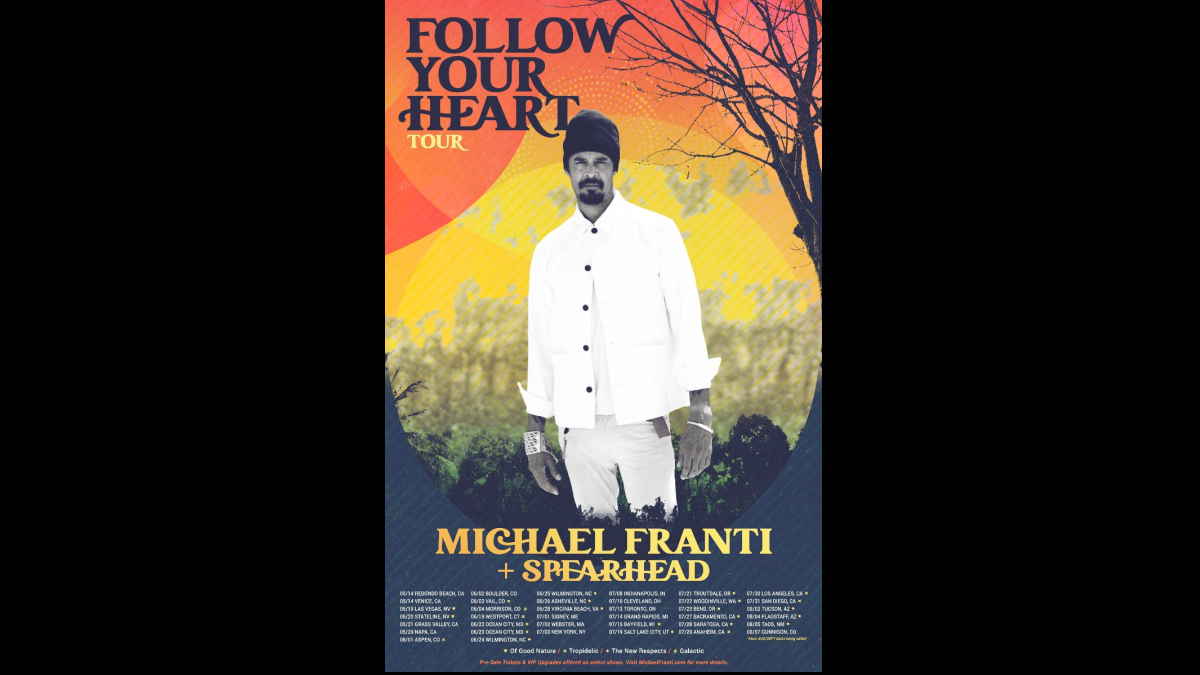 Michael Franti & Spearhead have announced that they will be launching their Follow Your Heart Tour this summer, which will feature support from Of Good Nature, Tropidelic and The New Respects.

The summer trek will be kicking off May 14 at BeachLife Festival in Redondo Beach, Ca, and will wrap up on August 7th in Gunnison, CO at the I Bar Ranch.

Franti had this to say, "We're so excited to head back out on the road this summer! After such a challenging few years, we are more ready than ever to share new music with our Soulrocker fam and join in community together.

"We've got some great festivals lined up to go along with our headlining shows accompanied by our friends Of Good Nature, Tropidelic and The New Respects. See you soon!"

Michael Franti & Spearhead Release 'I Got You' Video