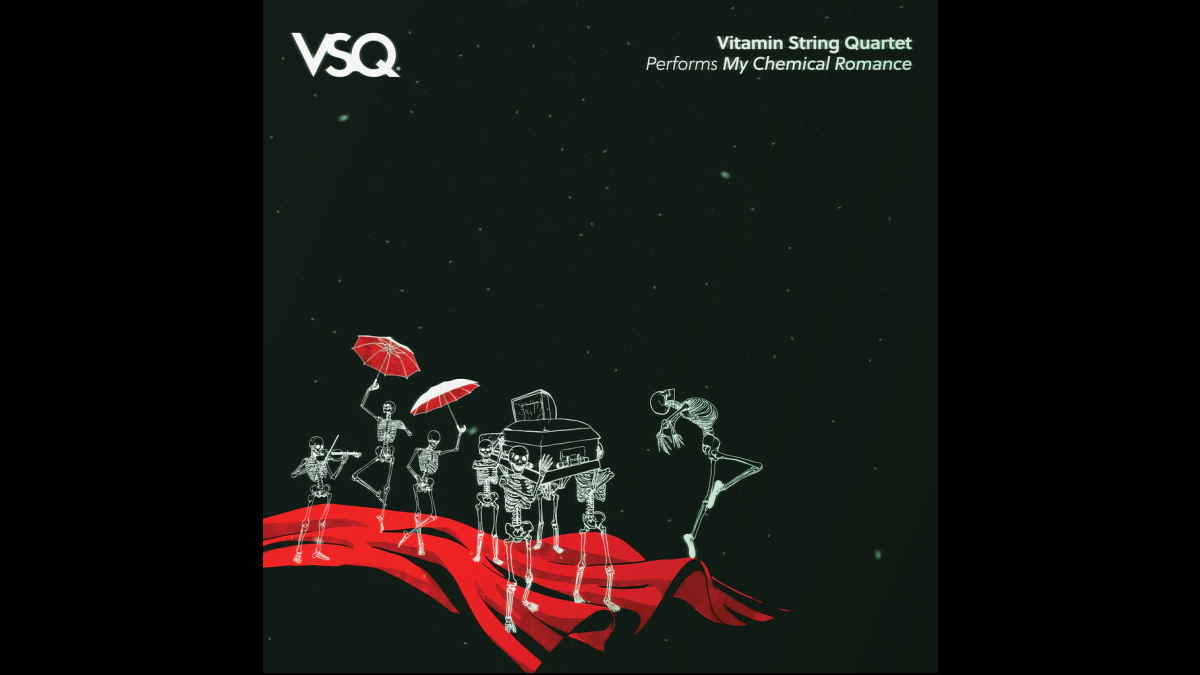 Vitamin String Quartet have shared a video for their latest classic music makeover of rock hits. This time they released a new shot-from-home style music video for their take on My Chemical Romance's "Welcome To The Black Parade."

They have also announced a limited edition run of VSQ Performs My Chemical Romance vinyl, which was initially released as a Record Store Day exclusive LP this past summer. The new vinyl version is available here.

James Curtiss, Director of A&R/Creative Director at CMH Label Group comments on the video release "The goal of this video was to capture a new performance of this fan fave take on My Chem's anthem. We wanted for the performance to feel as epic and as immediate as can be, with bold, clear imagery to match in the accompanying clip. As a celebration of our classic recording, our album release, and what the future holds for VSQ and MCR fans, the video is gonna be a must-see for all."

The music video release follows the Vitamin String Quartet's 15th anniversary of the release of VSQ Performs My Chemical Romance, which the group also celebrated this past summer. As part of the anniversary exclusive, the album was released for the first time on vinyl and was loaded up with a download card, colored wax and a bonus track not on the original album, just for the occasion. Remastered for this vinyl release, the album also presented in a brand-new package with all new cover art.

VSQ Performs My Chemical Romance track list can be found below: