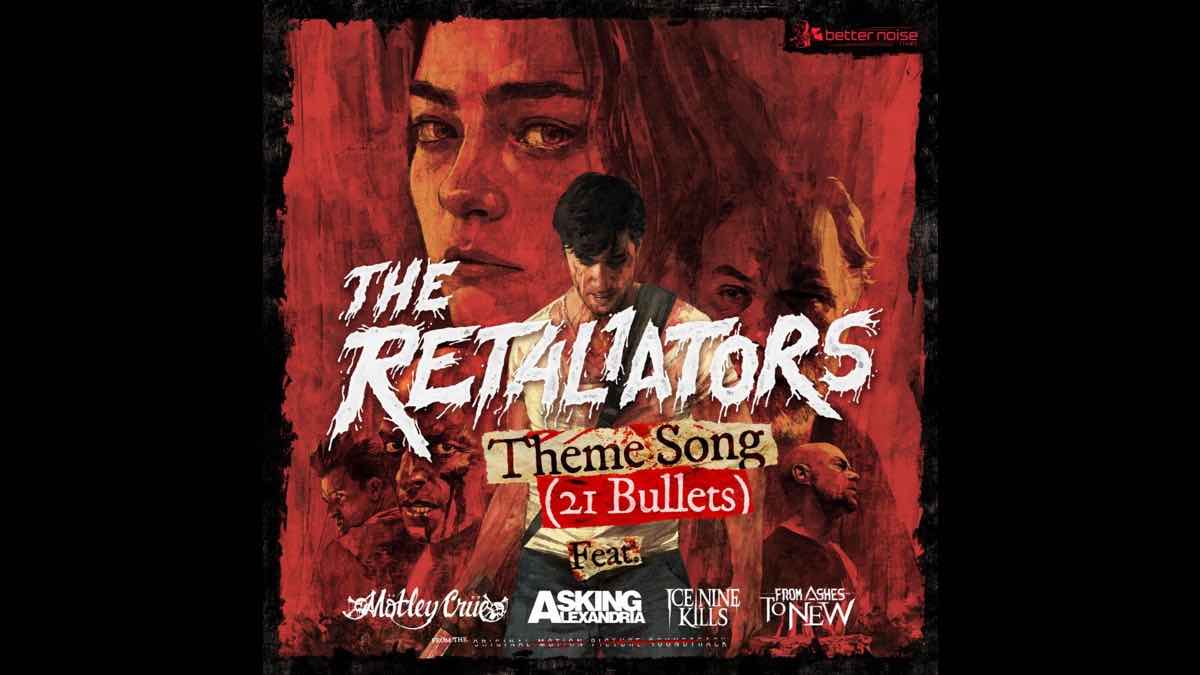 A music video has been released for "The Retaliators Theme Song (21 Bullets)" that co-written by Nikki Sixx and James Michael of Sixx:A.M., a and features Motley Crue, Asking Alexandria, Ice Nine Kills, and From Ashes To New.

The track comes from "The Retaliators Original Motion Picture Soundtrack" which is due out September 16th, two days after the new horror-thriller film hits movie theaters.

"Writing a new theme song for a horror flick was inspiring," says Sixx. "This was my first time writing for a horror-thriller film, and it took me in a different direction from the first theme song I wrote - 'The Dirt (1981)' by Motley Crue. I worked with some great new artists to create a new sound that will stretch Motley Crue's audience to new fans. I had a great time writing it, and I think our fans will love it too!"

"We have a great lineup of artists on The Retaliators soundtrack," says Better Noise CEO Allen Kovac. "At Better Noise, we are in the business of bringing music and film together and fans are responding. We're anticipating a great result." Watch the video below: