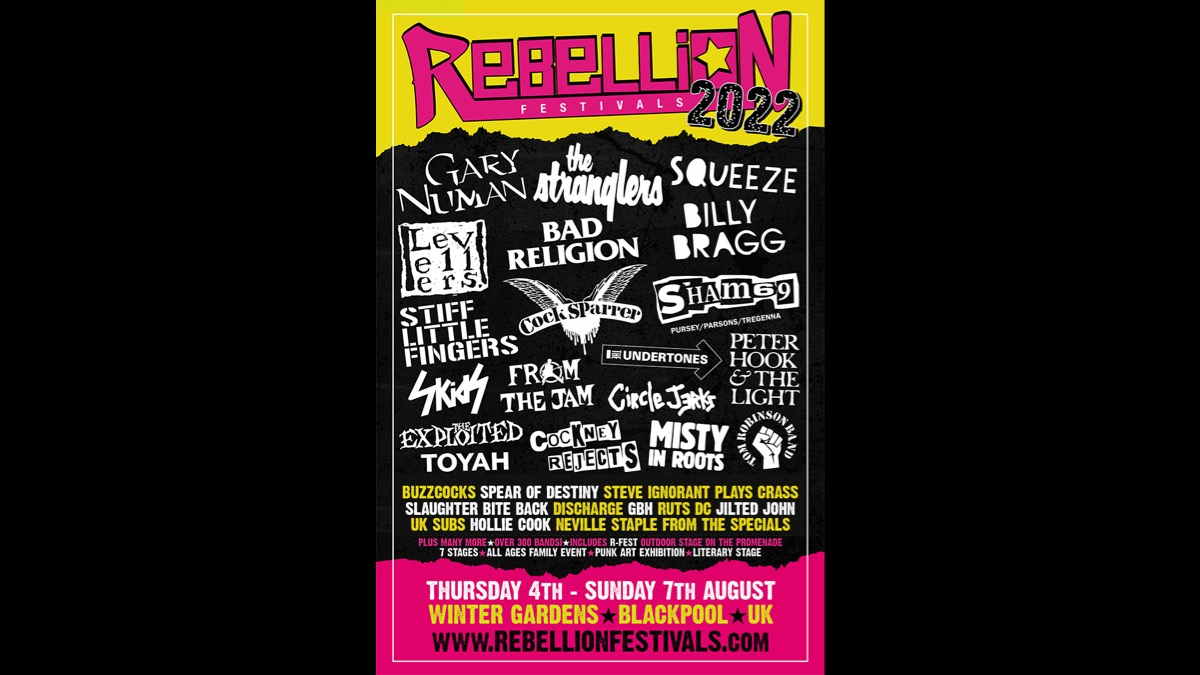 (Division PR) Organizers have announced the stages and set times for both Rebellion Festival in The Winter Gardens and the new R-Fest outdoor festival, situated in front of Blackpool Tower on the promenade directly down from the Winter Gardens.

Rebellion Festival is the largest punk and alternative festival in the world and is returning this year to full-strength for the first time since 2019 due to the pandemic, with a robust line-up of punk legends that includes Sham 69, Bad Religion, Circle Jerks, Cock Sparrer and Stiff Little Fingers among many, many more.

R-FEST will be located slap bang in front of Blackpool Tower on the promenade, directly down from the Winter Gardens. The organizers are building an arena with the sea on one side and the town on the other, with a capacity for 15,000 punters and space for bars, food, and band merchandise.

The full line-up for R-Fest:

FRIDAY 5th AUGUST: The Stranglers, The Undertones, The Skids, From the Jam, Toyah, Jilted John, The Vapors