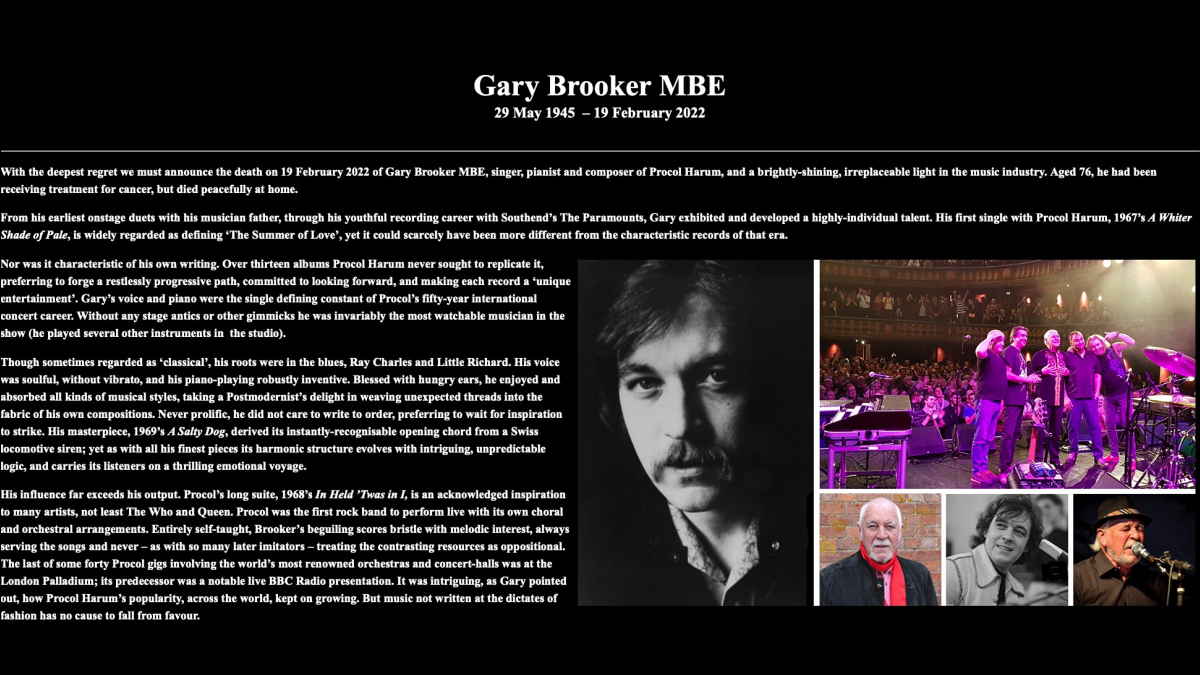 (hennemusic) Procol Harum singer Gary Brooker has died at the age of 76. "With the deepest regret, we must announce the death on 19 February 2022 of Gary Brooker MBE, singer, pianist and composer of Procol Harum, and a brightly-shining, irreplaceable light in the music industry," announced the band in a joint statement. "Aged 76, he had been receiving treatment for cancer, but died peacefully at home.

"From his earliest onstage duets with his musician father, through his youthful recording career with Southend's The Paramounts, Gary exhibited and developed a highly-individual talent. His first single with Procol Harum, 1967's 'A Whiter Shade of Pale', is widely regarded as defining 'The Summer of Love', yet it could scarcely have been more different from the characteristic records of that era.

"Nor was it characteristic of his own writing," they continued. "Over thirteen albums Procol Harum never sought to replicate it, preferring to forge a restlessly progressive path, committed to looking forward, and making each record a 'unique entertainment'. Gary's voice and piano were the single defining constant of Procol's fifty-year international concert career. Without any stage antics or other gimmicks he was invariably the most watchable musician in the show (he played several other instruments in the studio)."

The outfit released "A Whiter Shade Of Pale" in the spring of 1967; the instant classic hit No. 1 in at least a dozen countries, including a six-week run atop the UK charts. Continue here.