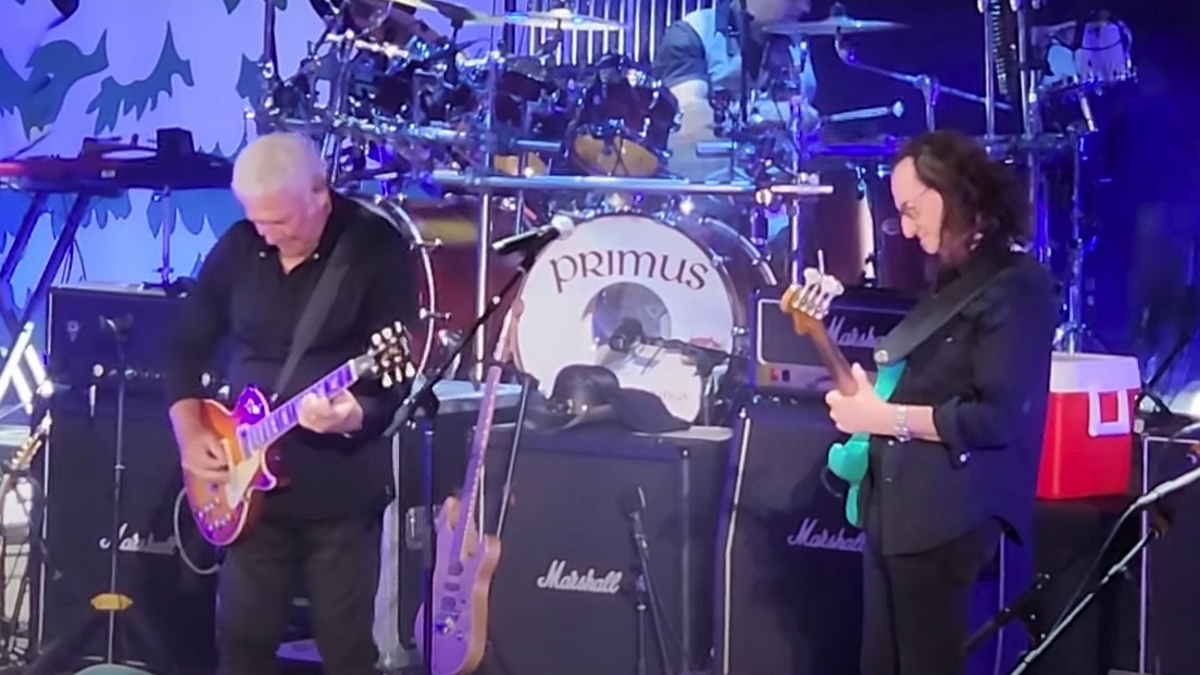 According to Rolling Stone, the Canadian rockers joined Primus and South Park co-creator Matt Stone on drums at the city's Red Rocks Amphitheater to deliver the 1977 classic, "Closer To The Heart."

Primus - who have been playing the song's full album, "A Farewell To Kings", in its entirety on its 2022 tour - were honored to be joined by Lee and Lifeson, who were performing together for the first time since the 2020 passing of Neil Peart.

"This is one of the most amazing moments of my life," Primus frontman Les Claypool told the audience during an extended jam on the tune. "Matt Stone, is this one of the most amazing moments of your life? Look at who is standing in front of you. It's Geddy and Alex! When I was a young whippersnapper, in my mind, the greatest human being on the planet that held a four-string [bass] in his hand is that man right there, Geddy Lee! That's f**kin' Geddy Lee, right there, everybody!"

Read more and watch video of the reunion here.