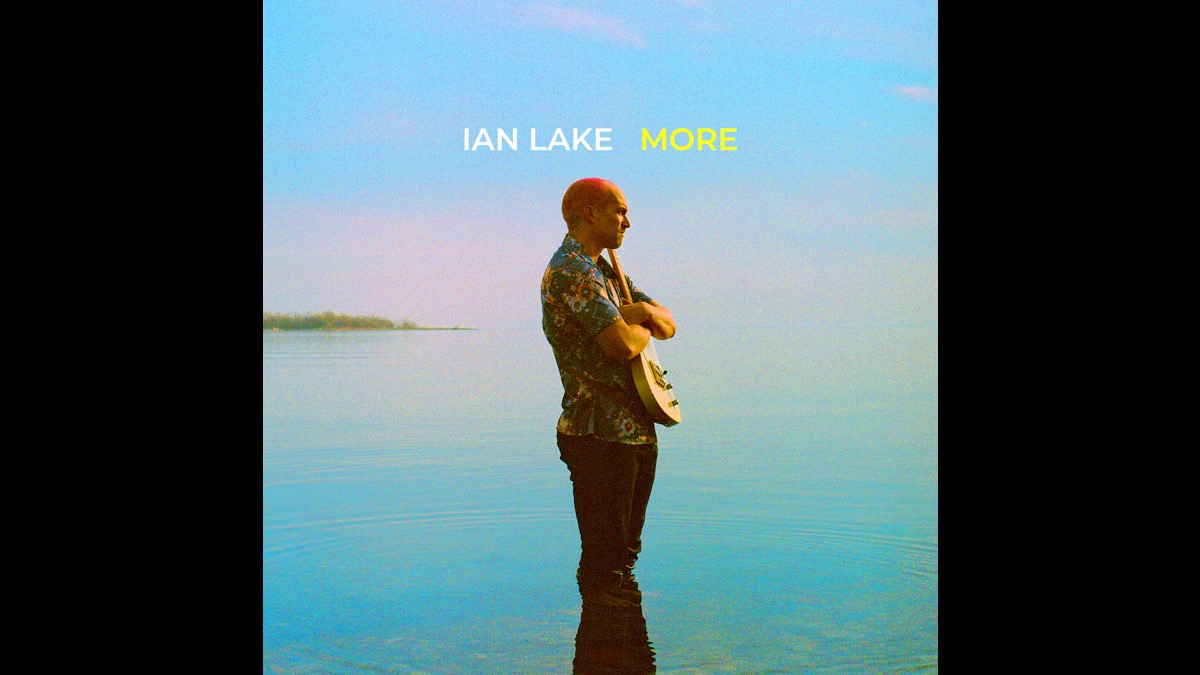 Actor Ian Lake recently launched his music career with the release of his debut album, "What It Is", and to celebrate we asked him to tell us about the single "More". Here is the story:

'More' was a song that had an interesting journey of creation. A lot of songs come to me in a pretty straight forward way, but this one was all over the place. It all started in November of 2020, when a girl I had been seeing on and off, ended things with me in a text. When I asked if she was into going for coffee to talk about it, she declined, suggesting we talk on the phone instead. And it dawned on me. I wanted to talk in person because I just wanted to see her again. And she didn't want to see me. I wanted to be around her more than she wanted to be around me. It was the harsh reality that we just didn't want the same thing. That day I wrote in my journal: "I want to be around you more than you want to be around", and it instantly struck me as a song lyric.

In the weeks that followed, I'd be out walking my dog, singing a melody for it until something stuck in my head. That's where the hook of the song came to me. And I knew that would actually be the ending of the song. It's funny, I hadn't written the rest of the song yet, but I was already imagining the part where the audience sings along at the end.

And then in January of 2021, I went on a trip to Costa Rica with my guitar and I was determined to focus on that song. I had a lot of piano songs for my album but I was trying to round it out with something guitar based. One night in my hotel room, while singing the hook to myself I came up with the guitar riff that drives the song. So now I had a hook and a riff but nothing else. The next few days I was surfing every day, and out in the waves I'd be signing the hook over and over in my head. I knew I had something I just didn't know what. I wrote so many lyrics on that trip that never made it into the song. Trying to figure out what story I was telling. I was really into lyrics about the senses, about the scent and taste and feel of someone, and about knowing whatever is on their mind. I realized it was the story of someone helplessly devoted to another, and only in the end would the listener realize it's a sad song about accepting something isn't meant to be.

So I came back to Toronto with a ton of lyrics and a good riff and just forced myself to keep plugging away. It took a while. I found my most successful writing sessions happened in the bathtub. A big turning point was when I found the melody of the chorus, but I was not happy with the words. I ended up just deciding what vowel sounds I needed for the structure of the chorus to sound right, and then wrote the words based on what sounds I needed. Like 'da da da doo da da da day da dada deee da da da da doo' became 'what can I do? If I can't take it when you leave? Since I found you". It was a funny way to get to where I needed.

Eventually I had the whole song, but without much space in it, and my best friend said 'this song is a rocker. You need to leave room for the band'. And so I added more bars of the riff between lyrics and I'm glad I did, cause once we got into the studio and layed it down, it was clear that this was a song for my band to be featured in. Once we added electric guitar and synth we took out the acoustic guitar and let the pop rock sound really take over. And I couldn't be happier with how it turned out.