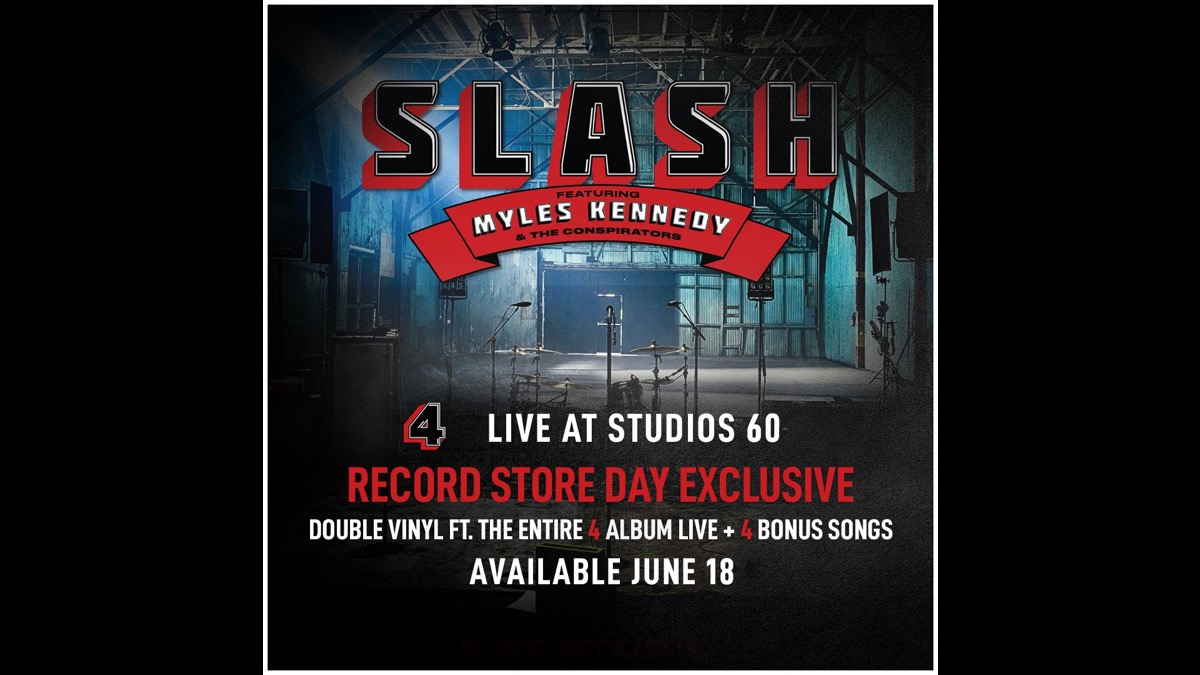 (Prime PR) Slash Featuring Myles Kennedy & The Conspirators have announced that they will be releasing "Live At Studios 60," their first-ever double live LP, on Record Store Day, June 18th.

The full concert features SMKC's vibrant new album 4 (Gibson Records/BMG)--which debuted as the #1 Most-Selling Hard Rock Album during release week and has earned the group the best critical acclaim of their career.

Additional performances of the group's Top 5 Rock Radio Hits including "You're A Lie," "World On Fire," "Anastasia," and "Driving Rain" are also included in the double vinyl package giving fans worldwide the chance to see SMKC's electrifying live show.

The full tracklisting for SMKC Live At Studios 60 exclusive Record Store Day release is below: