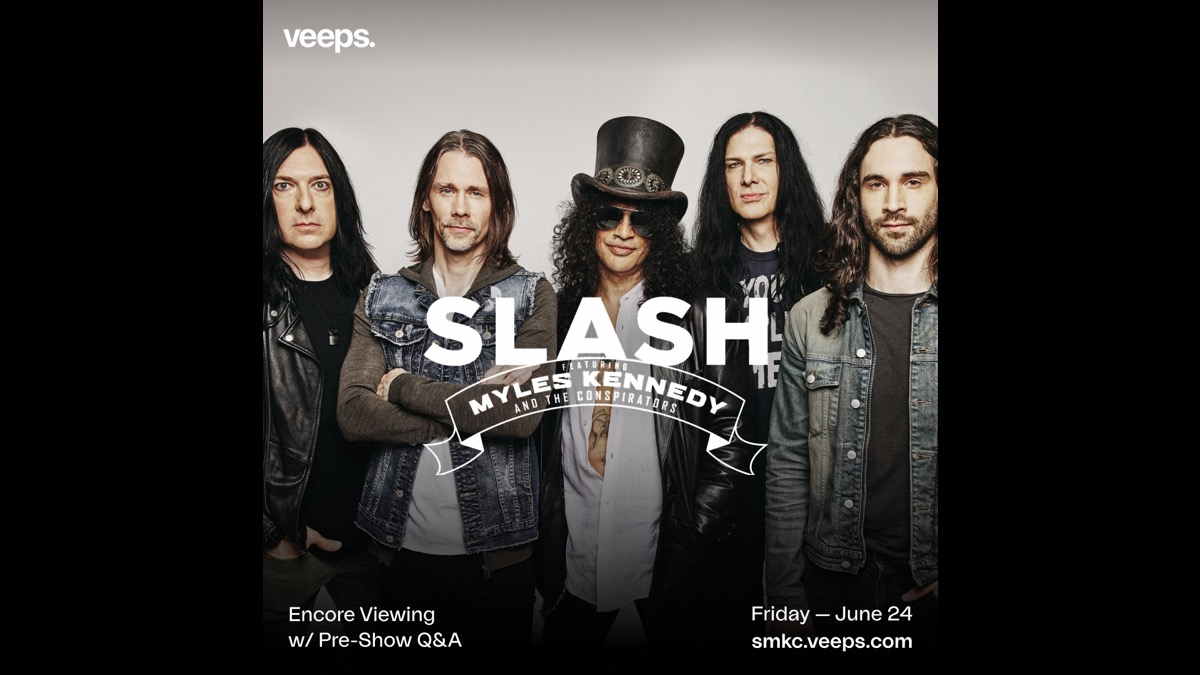 (Prime PR Group) On Friday, June 24 at 12:00pm PT, Slash will be answering fan questions Live on Veeps and at 12:30pm PT, there will be an encore airing of the global virtual concert "Slash Ft. Myles Kennedy & The Conspirators - Live From Boston," which is now one of Veeps most successful live concerts to date.

"Slash Ft. Myles Kennedy & The Conspirators-Live From Boston" was shot on location at the group's sold out House of Blues show. The full production, multi-camera virtual concert event gives fans around the globe the chance to see SMKC's electrifying live show which The Chicago Sun-Times heralded "a rock-solid powerhouse" and "a curated, 21-song salute to some of their own best material" adding, "As long as Slash is still standing, rock music will always be alive and well" (3/3/22).

Fans that purchased tickets to the first SMKC airing on Veeps, check your email for a special discount code.