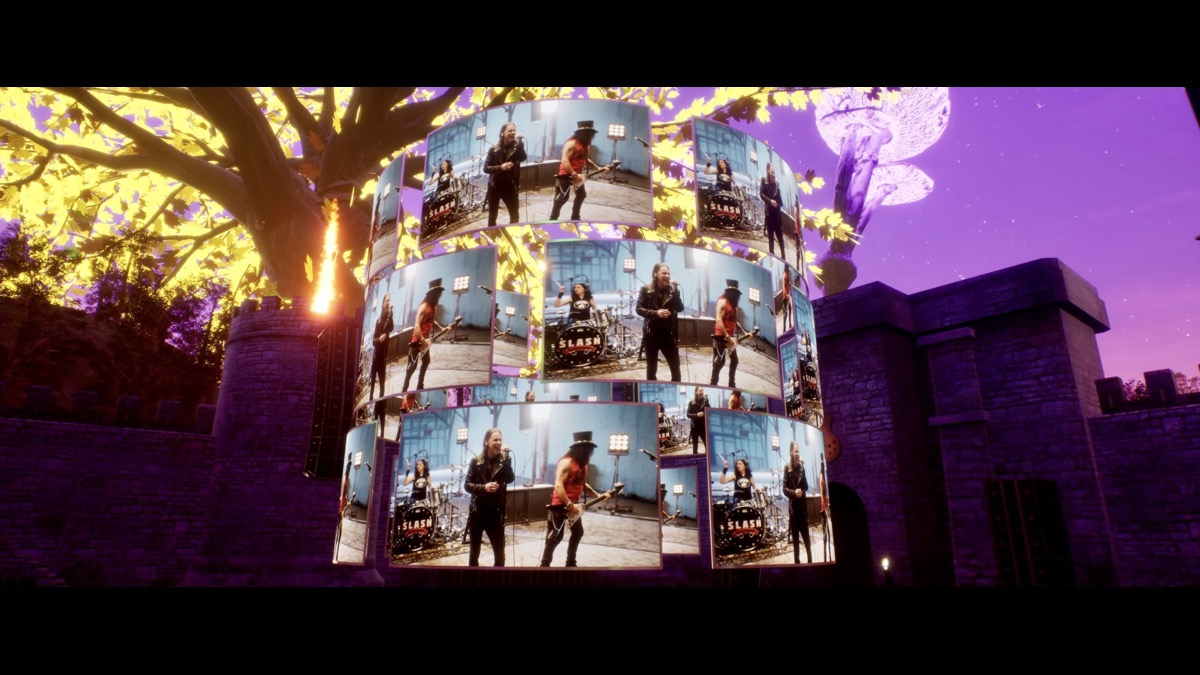 (Reybee) Slash Ft. Myles Kennedy & The Conspirators "Live At Studios 60" has gone virtual reality after Groove Science Studios had added it to their Magic Mirror Musical Metaverse. We were sent the following details:

Starting today, music fans can experience the debut of all ten songs from SLASH and the band's new Gibson Records LP 4, in Soundscape VR's musical metaverse, a dynamic virtual concert world that captures the band's unforgettable melodies, soaring vocals, and guitar riffs that will blow your mind.

"I'm really excited about this cool VR interpretation of our live performance at Studios 60," says SLASH. "It's a new and immersive visual that gives it a great 'in the room' feel.

"It's a milestone for SVR to showcase legendary artists like Slash," Soundscape VR Founder and Creator Eric Alexander explained. "Artists everywhere are seeing SVR & Magic Mirror as the ultimate digital presentation of their art, giving their fans a totally original experience built for the highest levels of immersion. Soundscape continues to lead the world in the exploration & display of the most advanced musical metaverse technologies." Check out the promo video below: