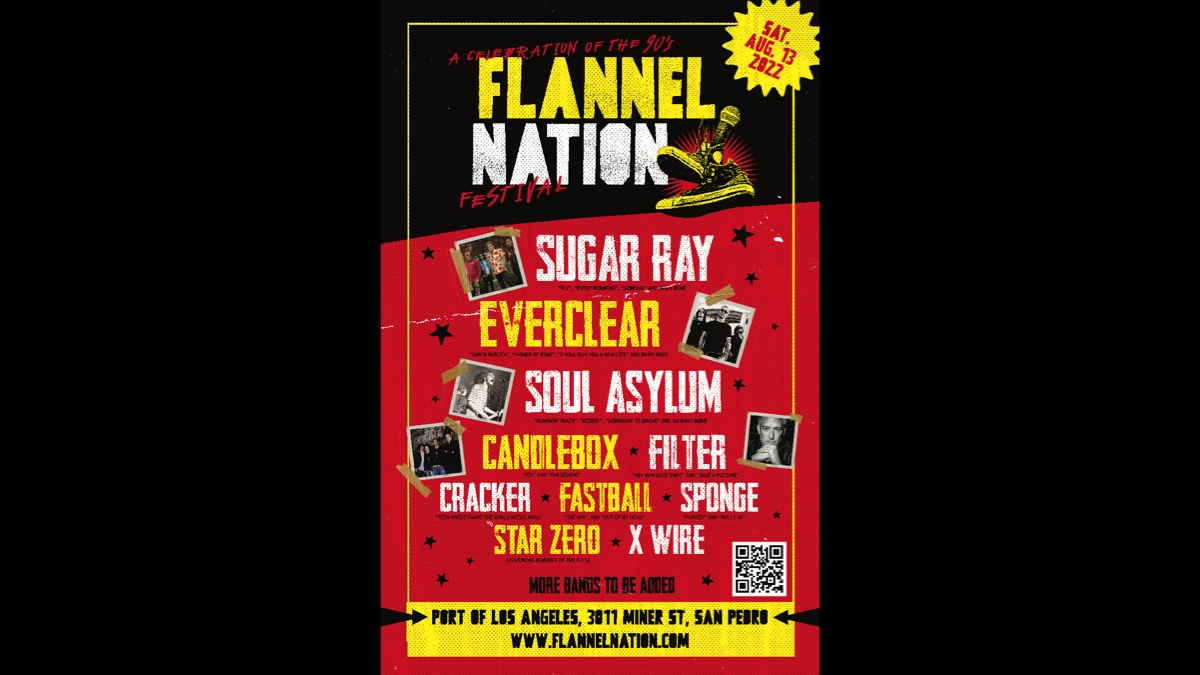 Sugar Ray has been announced as the special guest headliner of the inaugural Flannel Nation Festival, which is taking place on the waterfront at the Port of Los Angeles on Saturday, August 13th.

They will be joined by previously announced acts Everclear, Soul Asylum, Candlebox, Filter, Cracker, Fastball and Sponge, with more bands still to be announced.

San Clemente, CA's StarZero, featuring Josh Paskowitz, former co-frontman of 90's rockers The Flys ("Got You (Where I Want You)") alongside his brother Adam, have also joined the bill.