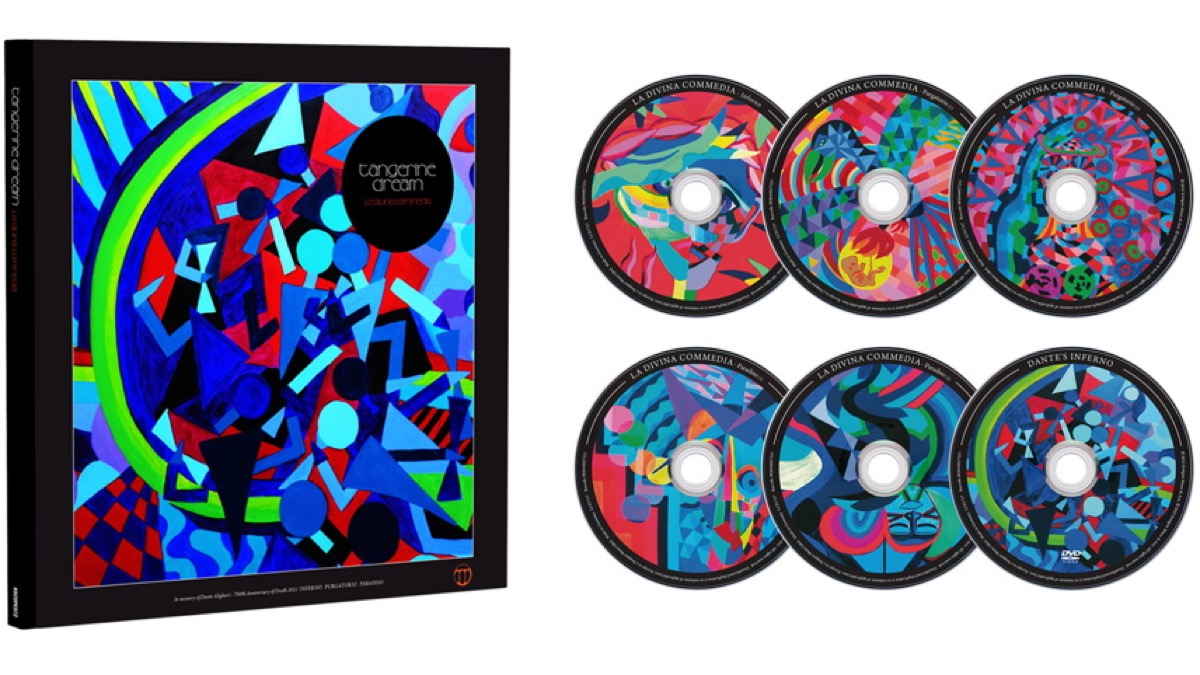 (Glass Onyon) Tangerine Dream have shared a trailer for their forthcoming "La Divina Commedia" (AKA The Dante Trilogy) Deluxe 6 Disc Hardback Book, which is set to be released on May 27, 2022 on Kscope

Tangerine Dream has been a fundamental influence on electronic music since Edgar Froese founded the band in West Berlin in 1967. Providing the groundwork for multiple electronic music genres including ambient and electronica, inspiring musicians and other art forms, with seven Grammy nominations to their credit. In recent years their music has featured in the popular TV shows such as "Stranger Things" and video games including "Grand Theft Auto V."

Edgar Froese was an artist with a truly clear vision. His life and work were characterized by holding on to the belief in the evolution of music as an art form. That became a predominantly principle within Tangerine Dream: the group he founded in 1967, following his encounter with painter and sculptor Salvador Dali.

Tangerine Dream went fully independent in 1996, launching their own TDI label and company and at the start of the new millennium, Froese met painter and artist Bianca Froese-Acquaye which subsequently led to the first part of "The Dante Trilogy," "Inferno," being recorded. This followed with seven live performances, partly with an orchestra, across Europe.

"La Divina Commedia" aka "The Dante Trilogy" was to be Tangerine Dream's most ambitious and elaborate project to date, Edgar Froese's life work.

Now, the entire trilogy ("Inferno," "Purgatorio," "Paradiso") is presented in a deluxe 60-page hardback book set via Kscope. All albums have been remastered by close collaborator Harald Pairits with the 2002 live concert DVD filmed at Castle Nideggen, Cologne featured as a bonus disc. The hardback book features extensive liner notes by noted author Wouter Bessels, an essay by Edgar's close collaborator and wife Bianca Froese-Acquaye and previously unseen photographs from Edgar's private archive. Pre-orders are available here and the trailer can be streamed below: