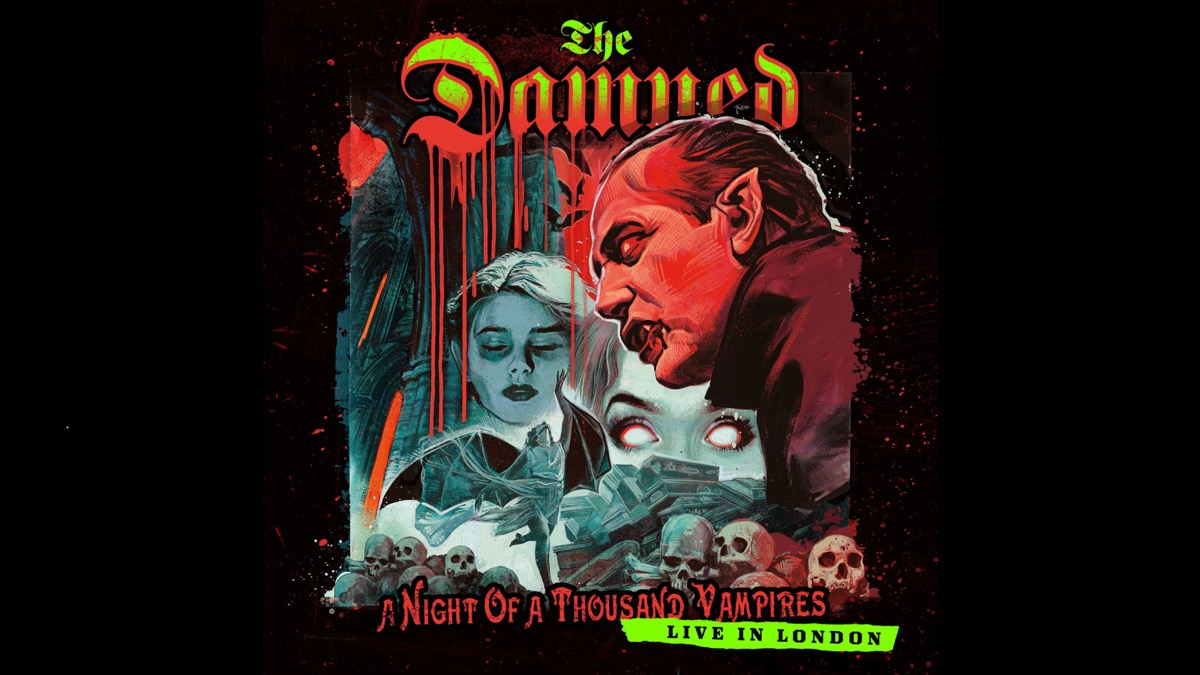 Punk legends The Damned have released a video for their new single, "Grimly Fiendish". The track and video come from their forthcoming live package, "A Night Of A Thousand Vampires", which will arrive on October 28th.

"A Night Of A Thousand Vampires" was filmed at London's Palladium Theatre on October 28th, 2019 (just before the pandemic), A NIGHT OF A THOUSAND VAMPIRES features The Damned and ghoulish characters from classic UK TV show The Hammer House Of Horrors as well the cast of the UK's The Circus Of Horrors in full macabre make-up and costumes.

Together with an orchestra to fill out the band's signature theatrical sound, the striking live concert event is sure to please The Damned fans worldwide and lovers of all things gothic just in time for Halloween. To get a taste of the spectacular, click here.

"A Night Of A Thousand Vampires" will be available as a 2 CD plus Blu-ray package as well as multiple 2LP vinyl options. Vinyl lovers can choose from classic black vinyl, clear vinyl, red vinyl or even a special glow-in-the-dark (indie store exclusive) vinyl set. All first vinyl pressings include a poster. Watch the video below: