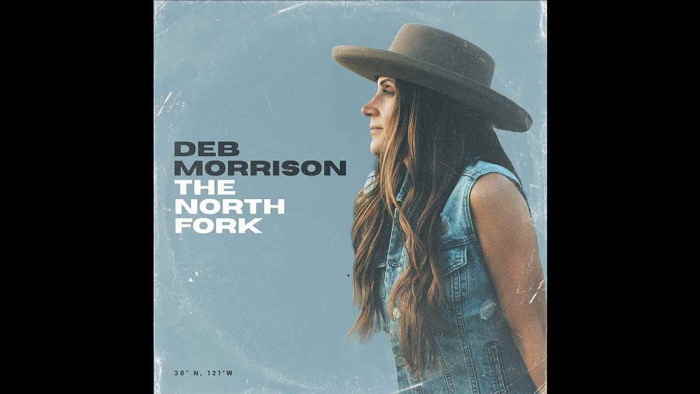 The Day In Rock is excited to premiere the brand new music video for Deb Morrison's new single "Jaded - Live", which arrives ahead of her album release show at the famed Hotel Cafe in Los Angeles this weekend.

The song comes from the acclaimed Americana/alt-country star's brand-new studio album, The North Fork. The video was recorded and filmed by Nic Capelle of Rockton Road studios during lockdown with Morrison on bass, Matt Littell on guitar, and Natalie Capelle on harmony vocals.

"Jaded is about remembering when you were a dreamer," shares Morrison. "It's about figuring out a way to rekindle feelings of hope and endless possibility in a complicated world."

Deb's new album is described as "a melting-pot of American roots music, stocked with songs that blur the boundaries between alt-country, Americana, and roadhouse rock & roll. It's a genre-bending mix rooted in contemporary moves and classic influences, whipped into shape by a longtime traveler who's used to crossing borders. It brings California to vivid life, filtering Morrison's songwriting through a prism of woozy West Coast sunshine, rolling hillsides, and the ghost-town desert landscapes that influenced so much of the album's creation. Its title is a nod to the nostalgic town located at the convergence of the North and South Forks of the American River which she considers her home base and was the setting for the music video for its first single, title track, 'The North Fork'."

The Album release show will be taking place this Saturday, October 22nd at the Hotel Cafe in Los Angeles. (tickets available here. Watch the premiere of the "Jaded -Live" video below: