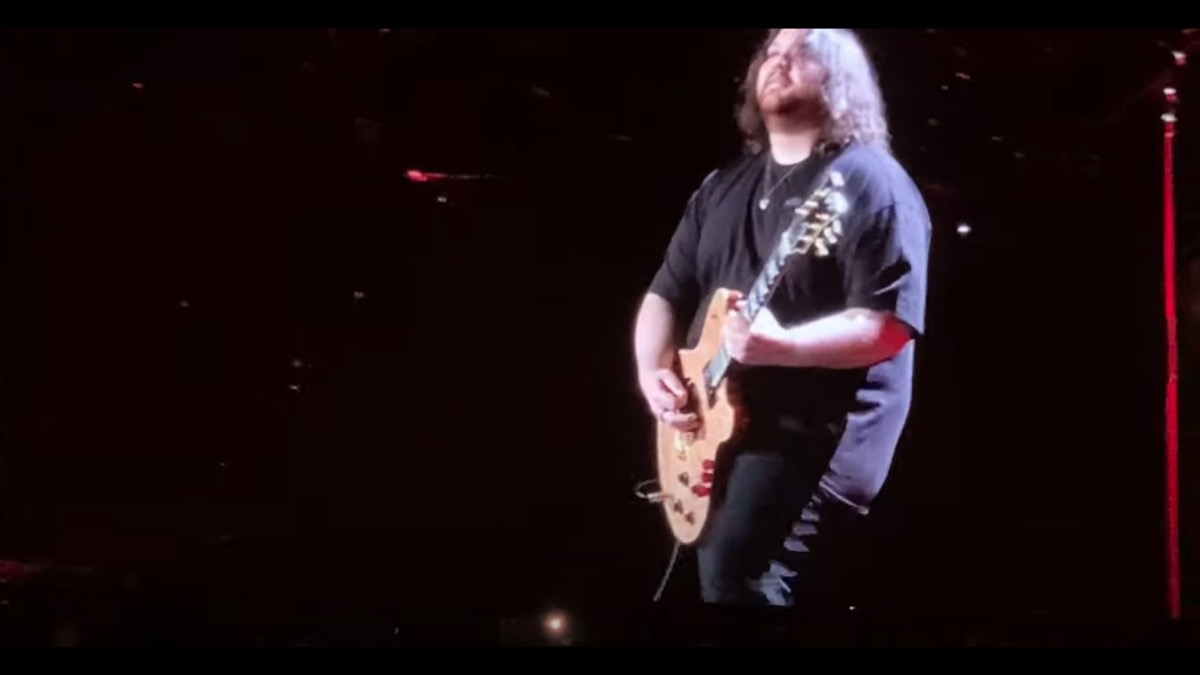 (hennemusic) Wolfgang Van Halen rocked a pair of Van Halen classics at the Taylor Hawkins Tribute Concert in Los Angeles on September 27, and fan-filmed video of the performance has surfaced online.

The guitarist was joined at the city's KIA Forum by Dave Grohl on bass, Justin Hawkins of The Darkness on vocals, and drummer Josh Freese for versions of "Panama" and "Hot For Teacher" from Van Halen's "1984" album.

The event followed a similar appearance by Wolfgang at the first Hawkins tribute show earlier this month in London, and only the second time the multi-instrumentalist has performed Van Halen songs in concert since the passing of his father, Eddie Van Halen, in 2020.

"Last night, I got to honor people I love, with people I love," shared Wolfgang on social media. "Thank you for everything, Taylor. Love you, Pop."