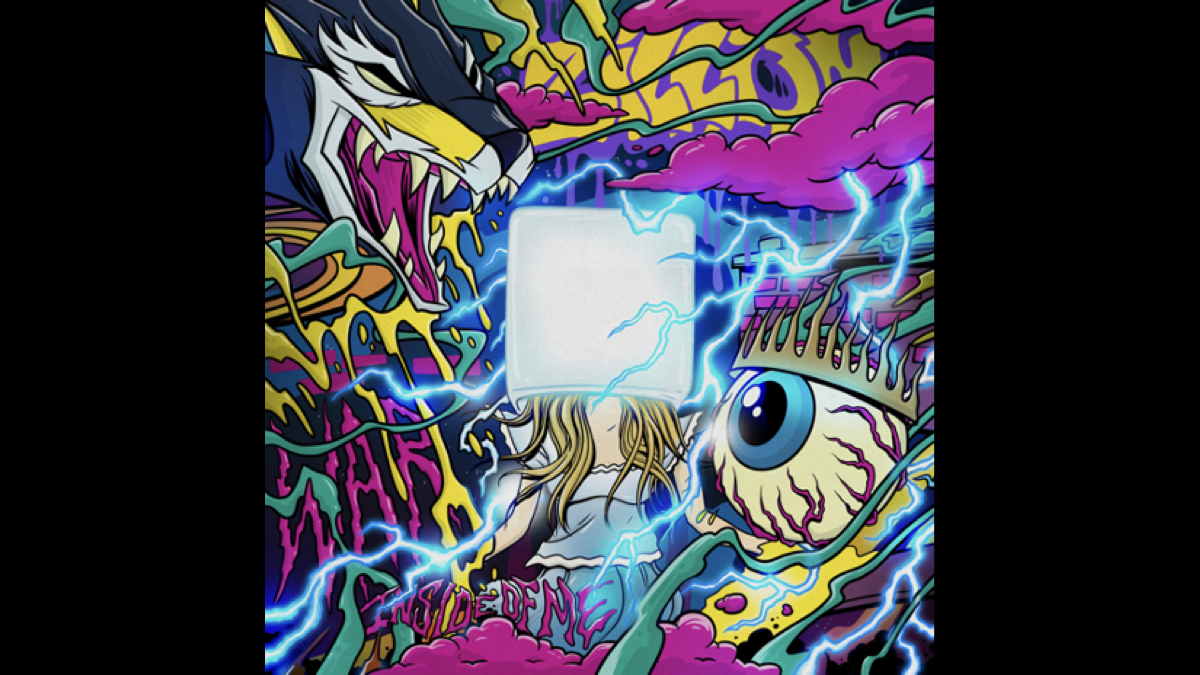 Zillion has released a music video for his brand new single that is entitled "War Inside of Me" which features a guest appearance from Leigh Kakaty of Pop Evil.

According to the announcement, "The video is the first slight departure from ZILLION's wildly artistic story-driven cinematic videos. We begin with Zillion walking through the portal from 'Potluck Lunch for the Cannibals' and into a mind-space we haven't seen. Inside this box - representing the battlefield - Zillion and Leigh Kakaty (Pop Evil) perform together.

"The ending of the video shows the purgatory fluid from 'Potluck Lunch for Cannibals' spray all across the band and the cube, leaving us wondering where in the universe they actually are.

Zillion said of the track, "For about 6 months in 2021, Zillion was being haunted by ghosts. He had visits from his mother who had recently passed, his childhood friend, and wild demonic personifications from his past failures. 'War Inside of Me' was Zillion, at the very end of his rope, screaming 'enough'." Watch the video below: