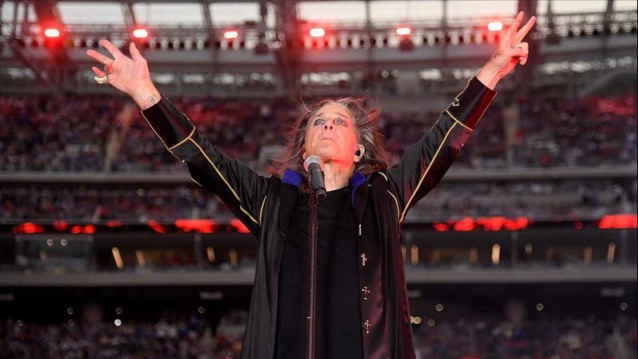 Several legendary hard rock and metal vocalists are among those included on Rolling Stone Magazine's brand new The Greatest Singers Of All Time list.

The magazine notes that this new list differs from their 2008 100 Greatest Singers list, that was created with "an elaborate voting process", while the new list "was compiled our staff and key contributors, and it encompasses 100 years of pop music as an ongoing global conversation".0

They also point out, "Before you start scrolling (and commenting), keep in mind that this is the Greatest Singers list, not the Greatest Voices List. Talent is impressive; genius is transcendent. Sure, many of the people here were born with massive pipes, perfect pitch, and boundless range. Others have rougher, stranger, or more delicate instruments. As our write-up for the man who ended up at Number 112 notes, 'Ozzy Osbourne doesn't have what most people would call a good voice, but boy does he have a great one.' That could apply to more than a few people here.

"In all cases, what mattered most to us was originality, influence, the depth of an artist's catalog, and the breadth of their musical legacy."

Notable hard rock and metal singers that made the new list include Glenn Danzig at 199, Ronnie James Dio at 165, Guns N' Roses' Axl Rose at 134, Judas Priest's Rob Halford at 129, Ozzy Osbourne at 112, Chris Cornell at 80, and Led Zeppelin's Robert Plant at 63.

Check out the full list to see who came out on top here.