A New Oasis
NME reports: OASIS are to go into the studio in early 2004 to record with DEATH IN VEGAS stars TIM HOLMES and RICHARD FEARLESS as producers.

The possibility of a new album from the Gallagher brothers, the follow-up to 'Heathen Chemistry' now looks more likely for 2004 following the revelation that the group recently met with the Death In Vegas pair.

The band have known Death In Vegas for some time, and Liam Gallagher recently sang guest vocals on their album 'Scorpio Rising'.

A spokesperson for the band told NME.COM: "Oasis recently met up with Tim Holmes and Richard Fearless, the production team behind Death In Vegas. They decided to go into the studio early next year to work on some new Oasis tracks together".
"- Click Here for the Full Story

The only true currency in this bankrupt world...is what you share with someone else when you're uncool.

Blink Leaks
Blink-182 is the latest band to be featured in MTV's The Leak. If you are so inclined and actually want to hear the new CD which hit's stores next Tuesday. Click on over to MTV where they are streaming the CD in it's entirety.  .Click Here for the Full Story

"Well, I'm sure I'd feel much worse if I weren't under such heavy sedation."

A Righteous Goodbye
AP reports: One Righteous Brother bid another goodbye as hundreds of the late Bobby Hatfield's fans turned out to celebrate a remarkable musical partnership and a life of good living at a memorial service Tuesday.

Before sharing memories of Hatfield, Bill Medley sat alone at a piano to perform the gospel song "Precious Lord."

"I do this for the Hatfield family. And only for you, Bobby, would I do this," said Medley, whose hits with Hatfield included "Unchained Melody" and "You've Lost That Lovin' Feeling."

Hatfield, whose soaring tenor blended with Medley's silken baritone to create the "blue-eyed soul" of the Righteous Brothers, died last week at age 63 in a hotel room in Kalamazoo, Mich., shortly before a performance.

Hundreds turned out at the public memorial service at the non-denominational Mariners Church in Irvine. There were pictures of Hatfield and a video montage of the Righteous Brothers performing their best-known songs.

"The pain passes, but the beauty remains."

Dream Officially Over.
It's official.. the last big label that believed in artist development will be no more…

Terms of the deal were not disclosed. The purchase is expected to be completed early next year, subject to regulatory approval.

DreamWorks Records launched in 1996 and is home to a number of established rock and country acts, such as Nelly Furtado, Papa Roach, Toby Keith and the late Elliott Smith. The label also has put out soundtracks to several musicals and films, including "Shrek," "Almost Famous," and "Rent."

"Despite the challenges of the music business today, Universal is acquiring a wonderful asset and the sale will assure the strongest possible future for our artists," Mo Ostin, head of DreamWorks Records, said in a statement.
.-Click Here for the Full Story

I've been listening to my gut since I was 14 years old, and frankly speaking, I've come to the conclusion that my guts have s*** for brains.

Radiohead X-Mas
MuchMusic reports: Members of Radiohead are set to take over BBC's digital service, Radio 6, during the Christmas holidays. Between December 22nd and 26th, the group will choose all the music and programming on the station. The band will take turns hosting Radio 6, with each member taking on a full day's worth of material. Radiohead will be given full access to the BBC's archives and are expected to dig up some unusual and rarely-heard material. Fans outside of the UK are in luck, as all of Radio 6's broadcasts are available online. .Click Here for the Full Story


Soulfly's Still
KNAC.com reports: Soulfly have been busy working on their follow up to last year's 3 album. The band, which currently consists of mainman Max Cavalera, guitarist Marc Rizzo (ex-Ill Nino), drummer Joe Nunez (Stripping The Pistol), and bassist Bobby Burns (ex-Primer 55 guitarist), have completed nine new tracks during sessions at The Saltmine Studios in Mesa, Arizona, with Cavalera himself once again handling the production duties. Helming the mixing board will be Terry Date (Pantera, Deftones, Machine Head). The album is tentatively scheduled to release in early 2004 on Roadrunner Records.

Max Cavalera recruited Megadeth bassist David Ellefson to play on some new recordings. "Max and I have shared stages over the years for events like Ozzfest and Rock in Rio, but I had never actually sat down and played with him before," said Ellefson. "It was cool to work with him on a brand new Soulfly record, because the slate was clean for new ideas and it seemed he wanted to try some different things. I found it invigorating to work with musicians from different eras of the metal movement to see how they approach their writing and playing. That kind of stuff keeps your playing fresh.".- Click Here for the Full Story

Tribute In Black
AP Reports: The late Johnny Cash - a pioneer of both country and rock music - was honored with a tribute featuring artists and performances as diverse and far-reaching as his own career.

Rosanne Cash opened Monday's show at the Ryman Auditorium by singing her father's song, "I Still Miss Someone." It was the first of many Cash songs performed at the former home of the Grand Ole Opry by some of the most influential names in contemporary music.

Sheryl Crow performed "Hurt," a song about drug addiction that Cash recorded in 2002. The song, written by Trent Reznor of the rock group Nine Inch Nails, introduced Cash to a younger generation of fans.

"When he gave his voice to something, he dedicated his voice and his intellect," Crow said.

Larry Gatlin performed a song he said he wrote the day Cash died, with lyrics that included the maudlin phrase "a man can't live with a broken heart too long." The song ends on the happy note that the man has joined his love in heaven and "now he's got a heart and a brand new song."  . Click Here for the Full Story

"...being inducted into the Rock'n' Roll Hall of Fame was a real honor for me since, as you say, I'm mainly thought of as a country singer. So, I was very pleased. It shows that rock 'n' roll knows its roots. And it shows that respect for people in one field of  music towards those in another is a living thing. I think it was a tribute to the broader influence of country music on rock as well as an honor to me personally." Johnny Cash

A Perfect Europe.
Blabbermouth report: A PERFECT CIRCLE will kick off a European headlining tour in late January. So far, only one date has been announced: January 31 at the Elysée-Montmartre Theatre in Paris, France. The band, who withdrew from Australia's Big Day Out Festival last month, are expected to embark on a full U.S. tour in the spring. No further information is available at this time. .-Click Here for the Full Story

Ok we're sending them over, now send the Darkness back here for a full tour!

Solo Pumpkin
Billboard reports: Melissa Auf Der Maur's long-in-the-works solo debut will finally be out in late spring via Capitol, according to a spokesperson. The as-yet-untitled set will be supported with a tour, with details yet to be pinned down.

Metal Fans Such Bitches
Chart attack reports: "Heavy metal fans are such bitches," ARCH ENEMY founder/guitarist Mike Amott half-jokes. "I hate our fans sometimes! They're so adamant about what they like and hate, they're the first people to nail us to the wall. Then they're the first ones to chant along to a song like 'We Will Rise' or say how much they adore us. What the hell kind of double-standard is that?"

Amott grumbles about how Anthems Of Rebellion has garnered some pretty serious critical praise, while the stringy-haired bangers in the front row gripe and profess love at the same time. Basically, ARCH ENEMY is getting the "sellout" whining yet again.

"How the hell can we be 'selling out' when we're playing this sort of extreme music? Just because we put a bit of melody or dynamic here and there, people jump all over us, saying we're selling out. At the same time, they keep saying how much they love the album. Make up your minds!" - Click Here for the Full Story

Give Travis A Chance
NME reports: TRAVIS will have announced they will release peace anthem 'THE BEAUTIFUL OCCUPATION' as their next single.

The single, which will be available on two formats, is the second to be taken from new album '12 Memories', following the Top Ten success of 'Re-Offender' in October. 'The Beautiful Occupation' will be released on December 15.  Click Here for the Full Story

The song has had a 13 week run as the most downloaded song on mp3.com.  . Click Here for the Full Story

The ABKCO series will comprise the Stones' initial recordings from 1963 through the 1970 live set "Get Yer Ya-Ya's Out!," as well as several compilations.

All albums will be released in "extremely limited" quantities, according to a spokesperson. They will be pressed in 180-gram virgin vinyl and struck from the same digital masters as the hybrid SACDs. The 10 single LPs will retail for $19.98, and the one double-LP, "Hot Rocks," will carry a list of $24.98.
Click Here for the Full Story

"Old age isn't so bad when you consider the alternative."

Eve 6 Clubs X-mas
(press release) Eve 6 will be spreading good cheer through the holidays as they announce a headlining club tour immediately following their current trek with Good Charlotte.  The ongoing arena dates wrap up November 28 in Long Beach, CA with their first headlining date set for December 2 in Farmingdale, NY. The Los Angeles-based trio--vocalist/bassist Max Collins, guitarist Jon Siebels and drummer Tony Fagenson--is giving back to their fans this year with an exciting contest, whereby one person on each date of their headlining tour will win a signed Gibson guitar and the chance to perform onstage with the band.  Eve 6 fans can enter the contest by simply signing up for the band's mailing list at the merchandise table at each show.  Each night one fan will be selected at random, with the winner's name announced during the band's set.  The lucky winner will then get the opportunity to go up onstage and perform the group's latest single "At Least We're Dreaming" and take home a guitar signed by all three band members. More info and dates

Can You Hear Me Now?
(press release) As alternative rock band Puddle of Mudd kicks off their 'Life on Display' album release tour, Verizon Wireless is giving fans an interactive concert experience.  By signing up on www.lifeondisplay.com fans can register to win free tickets to concerts in Phoenix, San Diego, Los Angeles, Las Vegas and San Francisco.  At each of these concerts, 20 winners will be randomly drawn to meet the band and one fan will be chosen to remix a Puddle of Mudd single, "Away From Me." From the five winners selected to remix the single, the band will award one grand prize winner a trip to the final performance in Seattle, Wash. complete with hotel suite accommodations and a ride to the show in a Hummer limo. The grand prize winner's remix will also become a wireless ring tone, available to Verizon Wireless customers using Get It Now SM Service.

More information and Official Rules are available at www.lifeondisplay.com.

Got this one from Real Mother frontman Jeremy Knedler: 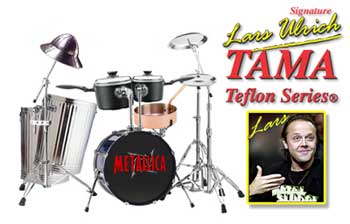 Now that is funny!  Thanks Jeremy...  Ok be sure to check out his band at http://www.realmotheronline.com

Read Day In Rock Reports From Other Days