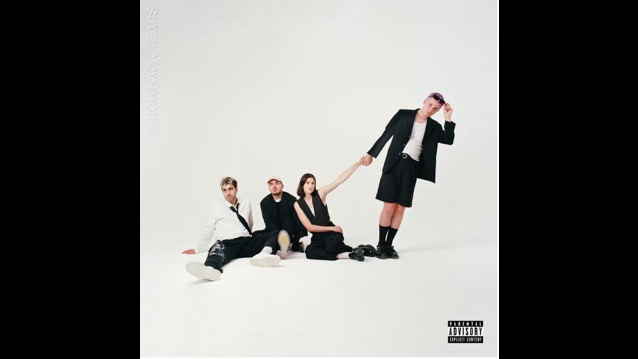 Valley celebrates the announcement with the release of the lead single off the record, "Throwback Tears" today. "Leading with 'Throwback Tears' as the first single always felt right. It has cheeky new year, new me energy. Sad yet playful, which we always gravitate to with our production and lyrics. It very much feels like the door swinging open to a breakbeat and us asking you to step into the new sonic world we've created around Lost In Translation," describes lead vocalist Rob Laska.

Lost In Translation follows Valley's debut album, MAYBE released in 2019. The upcoming full-length album captures the band's evolution over the past four years both sonically and emotionally as a group of friends grow through the unpredictability of navigating creative careers. Laska explains further, "MAYBE will always be our teenage diary, our coming-of-age story, our first love and first record. Lost In Translation is those same best friends navigating their mid 20s and questioning 'what now?...what really matters to us?' and what might've been lost along the way. Between MAYBE and now, we've done more soul searching together than ever. We've travelled the world, we've accomplished a lot we never thought was possible. We've followed every single path to get nowhere and everywhere. It's a very caught in a thought and seeking album. It poses more questions than answers. It's honest, it's confusing, it's pop, it's nostalgic, it's black and white, its colourful, it's unpredictable, it's simple, it's Valley, Lost In Translation."

"Throwback Tears" rings bright with a fresh perspective on a past relationship; each verse loops like an affirmation and the chorus blares with genuine peace, the ultimate closure. Drummer and vocalist Karah James illuminates, "After the existential crisis, puffy eyes, staring at the ceiling pity party that looms over us for what feels like decades post break up, 'Throwback Tears' describes the moment of relief when you've actually moved on...but actually. It's the moment you build a bridge, one snotty Kleenex at a time, and get over it to find a pot of gold at the end filled with self-love, growth and epiphany. 'Throwback Tears' is an ode to taking control of our own sadness and defeat and never looking back. It's the cheeky 'last words' to that person that broke your heart, they wanted space so you went to the moon."