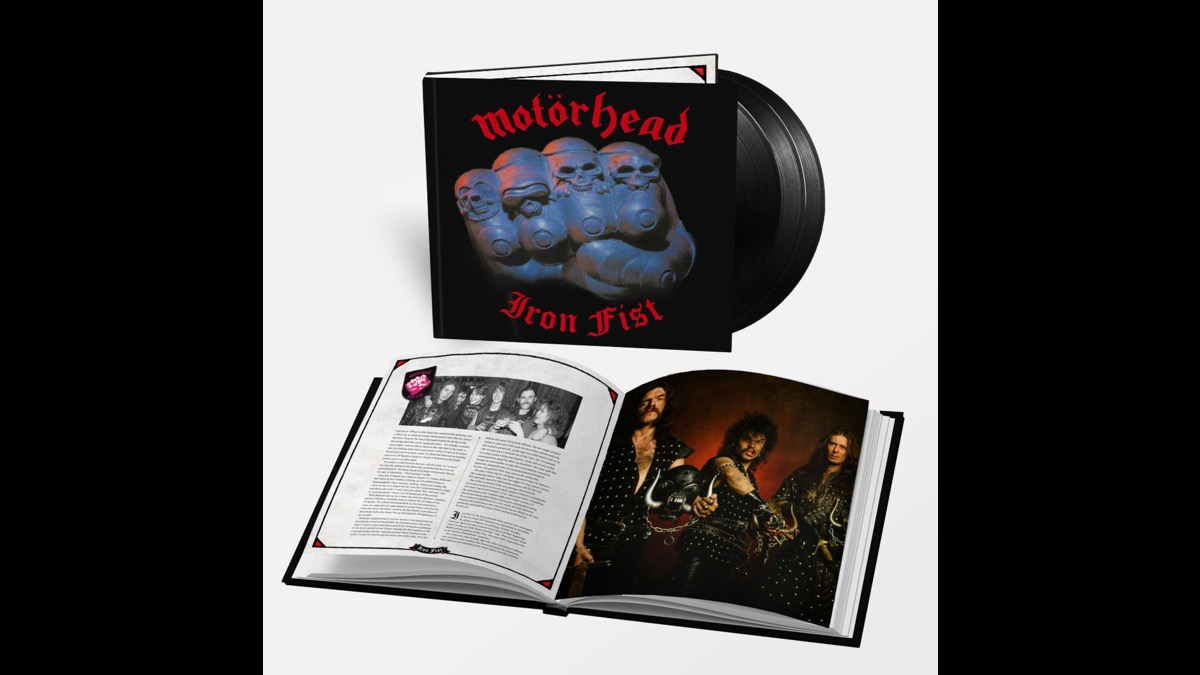 (hennemusic) Motorhead are streaming a live performance video of "(Don't Let 'Em) Grind Ya Down: Live In Glasgow 1982", ahead of the song's inclusion in the upcoming "Iron Fist" 40th Anniversary release next week.

The track originally appeared on the band's fifth studio set, which was the follow-up to 1980's "Ace Of Spades" and the group's first UK No. 1 - "No Sleep Til Hammersmith" - featuring the lineup of Lemmy, Fast Eddie Clarke and Phil 'Philthy Animal' Taylor.

Due September 23, "Iron Fist" will be available in new deluxe editions; there will be hardback book-packs in two CD and triple LP formats, featuring a hammer fist blow, remaster of the original album, previously unreleased demo bonus tracks and a full concert, originally broadcast on Radio Clyde from March 18, 1982, plus the story of the album and many previously unseen photos. There's also a limited-edition blue-and-black swirl of the original standalone album.

"(Don't Let 'Em) Grind Ya Down: Live In Glasgow 1982" follows a studio demo of "Iron Fist" and a newly-restored film promoting the 1982 album as the third preview to the series of expanded packages.