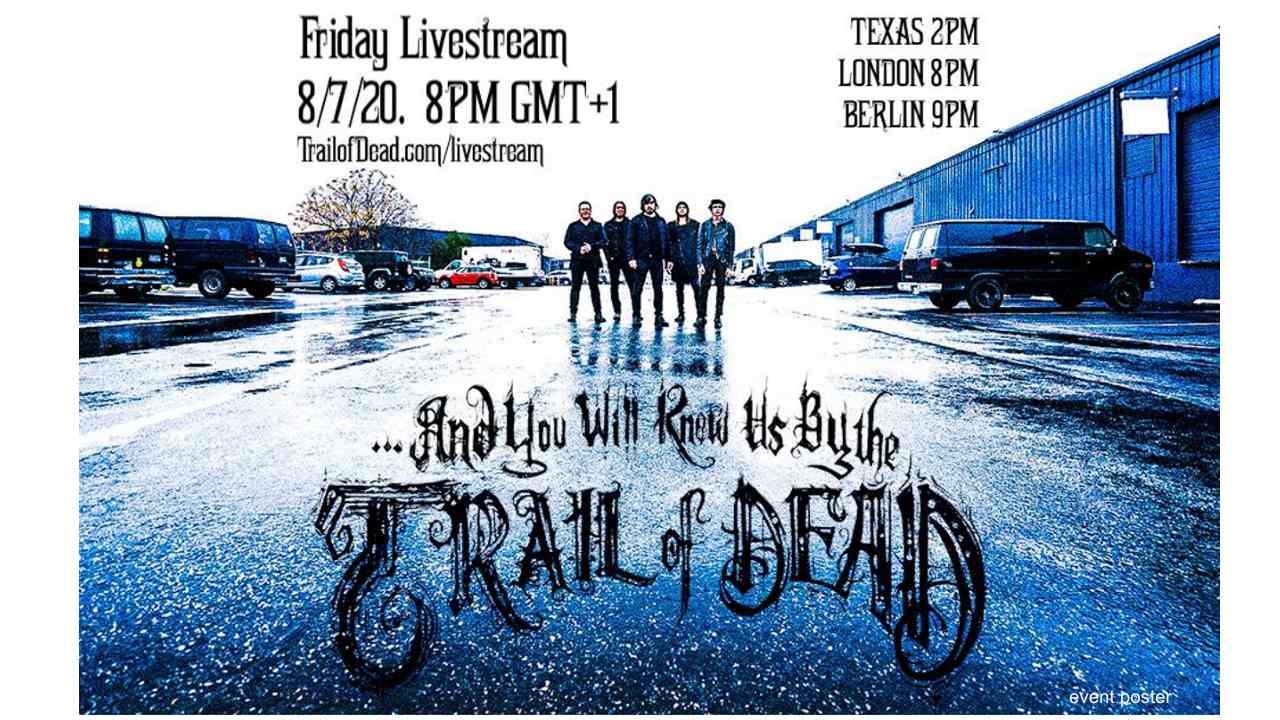 ...And You Will Know Us By The Trail Of Dead have announced that they will be doing two new livestream events, beginning with the first this Friday, August 7th.

The band played a successful livestream show last week that benefitted some music venues that have been impacted by the Covid-19 pandemic lockdown and the second of the newly announced livestreams, on August 14th, will have 20% of the proceeds benefiting independent record stores.

Conrad Keely had this to say, "Music venues and record shops are the backbone of our industry and have provided fans with so much entertainment over the years,.

"It would be a real shame if some of them have to close because of this pandemic. So if we can help them out in any way, then it's a no-brainer that we should." Tickets for both shows can be found here.