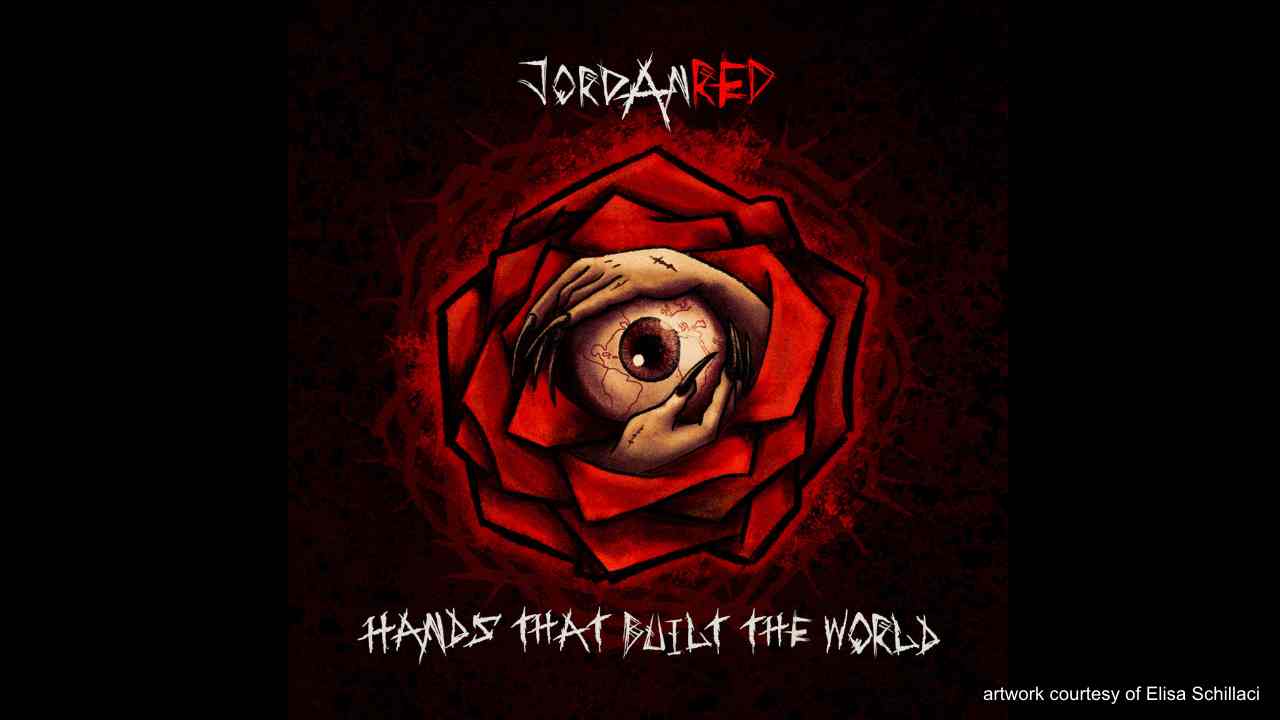 Jordan Red just released their new single "Hands That Built The World" and to celebrate we asked guitarist Dan Baker to tell us about the track. Here is the story:

"Hands That Built The World" is the title track of our upcoming debut album. This song deals with the role that society plays in both creating and prolonging the rising rates of anxiety, depression and suicide.

This song isn't about 'being ok with not being ok.' It's about self-reliance and recognising the power we have as individuals to save ourselves with the actions and decisions we make every day. We want everyone listening to this to know - your life matters, you have value. It's more about being ok with struggling and knowing you'll come out the other side on top. The attitude of the chorus sums this one up for us with the words "We weren't born to surrender".

This song was written during what seemed like an endless battle with depression, that's where the lyric "Hands that built the world put their bodies on the line' came from. It's a reminder that humanity has gone through far worse in the past and that we are stronger than the trials we face in the present.

A big part of the message behind this song is that we should choose who we listen to carefully . There is naivety in taking what someone says at face value so it's far more useful to judge people's actions over their words if you want the truth.

The line, "Show the poison in your eyes..." is about seeing through the deception and lies that are used in an attempt to keep you down whilst hiding a person's true motives. This applies to the people we surround ourselves with and the media we consume. That moment when you wake up and realise not everyone has your best interests at heart is when you are no longer powerless and can act to change your situation.

As the song raises awareness for issues with mental health we decided to help fundraise for non-profit HeartSupport by premiering the new video two days before release through our Facebook page.

If you like the song and are in a position to support the great work they do please use the 'donate' button here ( ) or visit them at https://www.heartsupport.com/donate.

Hearing is believing. Now that you know the story behind the song, listen and watch for yourself below and learn more about the group here.