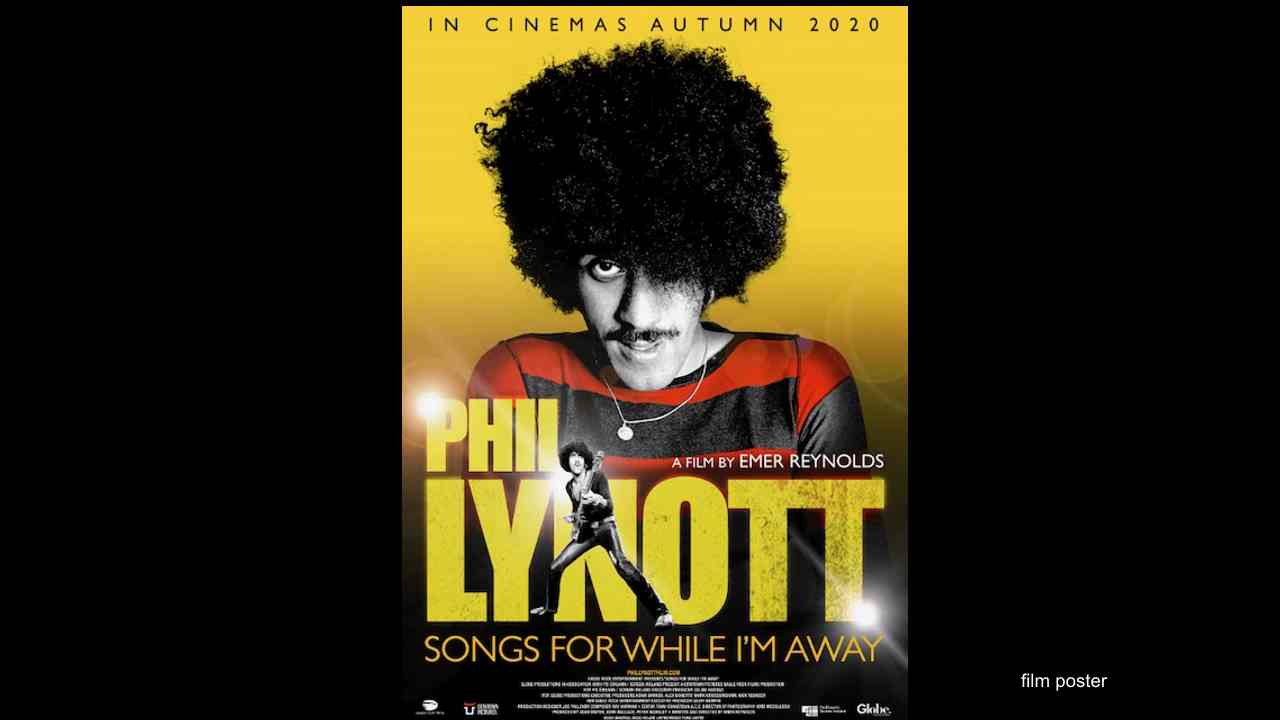 (hennemusic) Thin Lizzy are sharing the video trailer for the upcoming documentary, "Phil Lynott: Songs For While I'm Away." Directed by Emer Reynolds and due to premiere in Irish cinemas this fall, the film will tell the story of how a young black boy from 1950s working-class Dublin became one of the world's biggest rock stars.

As the lead singer of Thin Lizzy - which he formed in 1969 - the project will be told extensively through the words of Lynott himself and focus on some of his iconic songs while getting to the heart of Philip: the father, the husband, the friend, the son, the rock icon, the poet and the dreamer.

"We are so delighted that our film about the legendary Phil Lynott will soon be coming to the big screen!," says Reynolds. "We can't wait to share it with Irish audiences and to celebrate Philip and his extraordinary life and music."

"As always, we are incredibly proud of our dad and we loved having the opportunity to look at the man behind the music with this film," adds Lynott's daughters Sarah Lynott and Cathleen Howard-Lynott.

After years of drug dependency, Lynott died of pneumonia and heart failure due to septicaemia in a Salisbury, Wiltshire, England hospital on January 4, 1986, at the age of 36. Watch the trailer here.