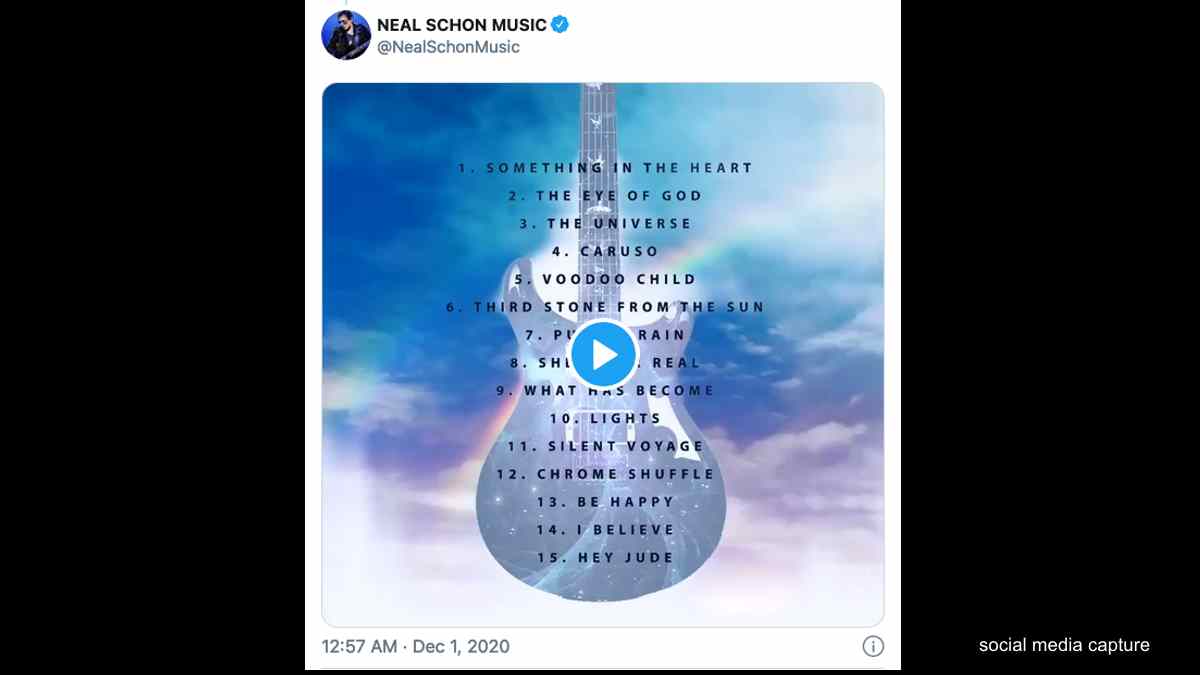 Schon has been working on "Universe" over the past few years; he released his version of "Purple Rain" as a tribute to Prince on the late musician's birthday in June of 2019.

"Prince, pancakes and Journey guitar riffs at 4 am.... late eighties and I am sitting with Prince on the floor in his apartment at Paisley Park," shared Prince associate Rick Barron at the time. "We've listened to Joni Mitchell, Peter Gabriel and I notice a worn Journey 'Escape' record in his collection. Surprised, I turned to him and said 'Never took you for a Journey fan'. He gave me that doe eyed look that always made me uncomfortable and said: 'Neal Schon is one of my favorite guitarists on the planet, he is a genius.'

"I thought it only fitting that Neal would return the respect by playing a fiery, inspired version of 'Purple Rain'. Having worked for Prince for the last few years of his life, Neal's beautiful interpretation makes the loss of the colossal talent of "P" a little less sad. They are each prodigy's that have woven themselves into the fabric of our lives and our lives are richer as a result" See the tracklisting and listen to the Prince cover here.