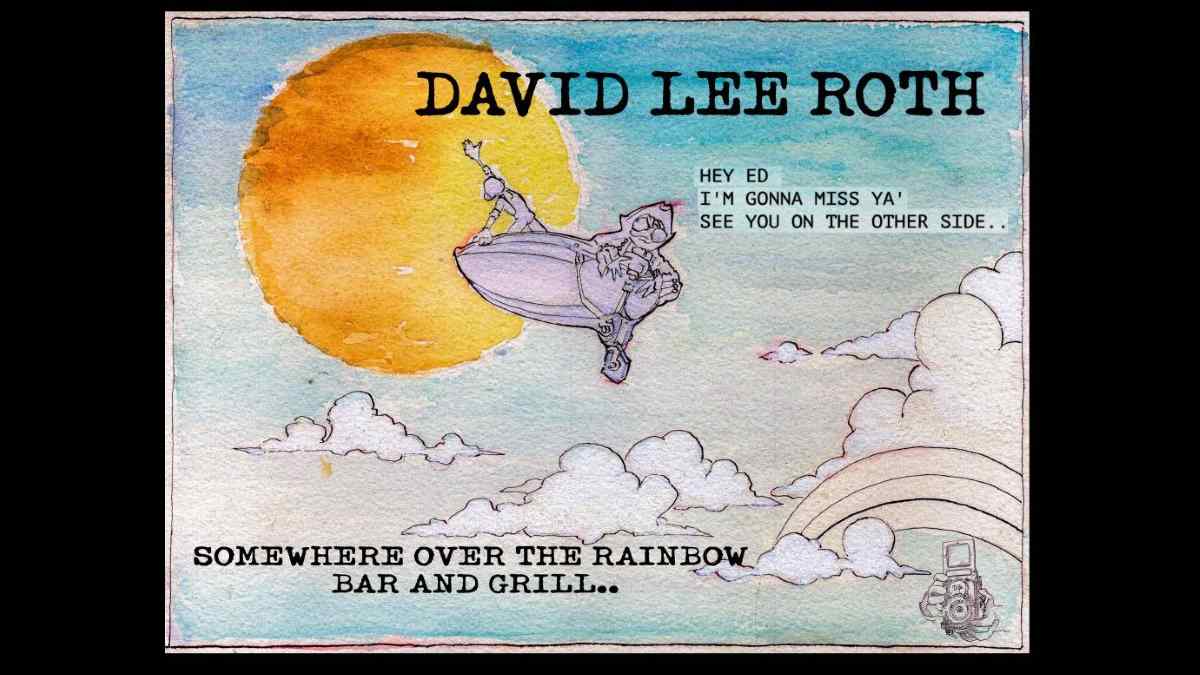 David Lee Roth spoke to Variety about his graphic novel as well as the release of the solo song "Somewhere Over The Rainbow Bar And Grill," which he dedicated to his late bandmate Eddie Van Halen.

Roth told the publication about releasing that track as a tribute to Eddie, "There are two kinds of burials in show business. One's very quiet, behind the scenes, nobody attends. And then there's a 'show biz' approach, where you have a solemn ceremony and it's followed by a reception where everybody gets up and tells stories.

"They can be off-color, they can be tear-jerkers, they can be of any nature. When my dad passed, the reception was at a Mexican restaurant around the corner. Everybody was eating and drinking and then the speeches become more colorful and much more energetic. Sometimes that's the most heartfelt, heartbreaking, best material ever.

"And so I thought, if that occurred for Ed - which it did not - and everybody was going to get up and tell a story, when it got to my turn I would start with, 'The smell of fresh sawdust on the floor...' And go from there.

"That's the beginning of the story, at least for me. Because that was everywhere we played - the smell of fresh sawdust on the floor." Check out the song below: