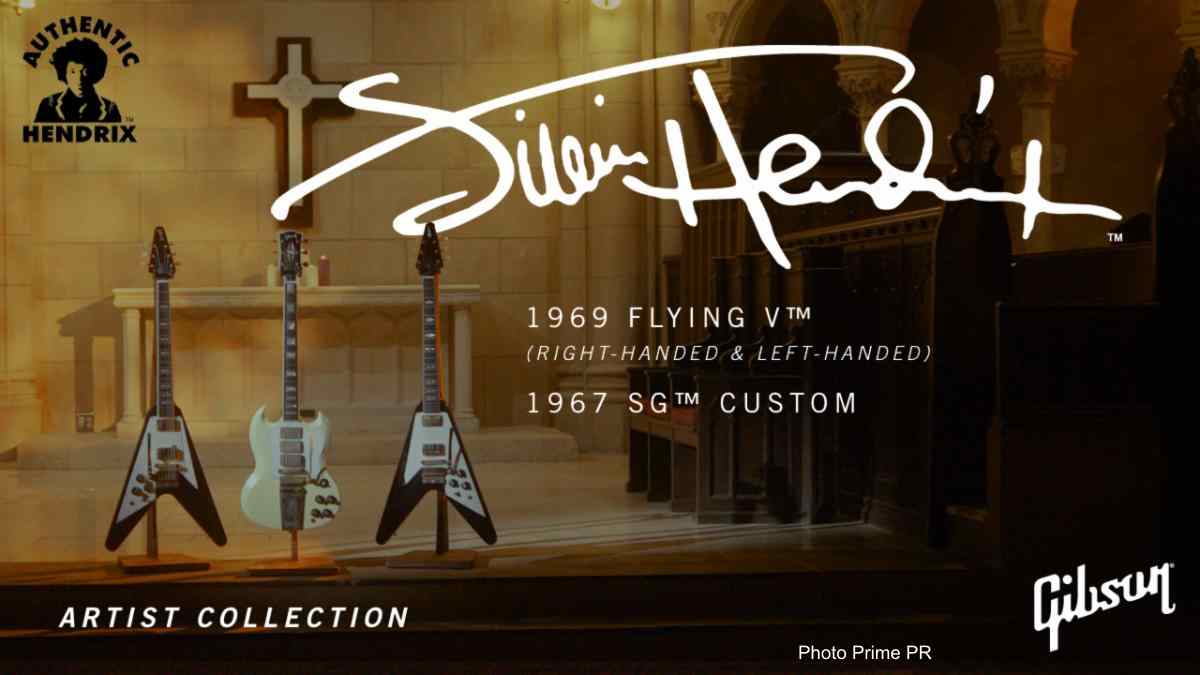 "Only 125 right-handed Flying V guitars and 25 left-handed versions will be created as part of a very special run of guitars, hand-made by the expert luthiers and craftspeople of the Gibson Custom Shop in Nashville, TN," according to the announcement.

"I don't know of a more perfect time than the present for the world to be inspired and electrified by the spirit of Jimi, embodied in these guitars!" says Janie Hendrix, Sister of Jimi and President and CEO of Experience Hendrix L.L.C. & Authentic Hendrix LLC. "Jimi didn't play with just his hands, he played his heart and really his soul, using his guitar to create positive energy. He wanted to awaken the world with it. Gibson has harnessed some of that energy, and beautifully! It's amazing to know that fans and those who love Jimi, and his music, will be able to plug into that power and keep his legacy alive. With Gibson, we've selected two of his most impressive guitars to recreate. It's quite an homage to Jimi, and we couldn't be more excited about what this means historically."

"Millions of people around the world of all ages have heard Jimi's music for the first time and felt that their path was changed forever," adds engineer and producer Eddie Kramer. "I felt that too after hearing him playing through his amp at Olympic Studios in January 1967. I was never the same after 'experiencing that wall of sound' and I dedicated myself to capturing that sound, which became my obsession! Jimi had a special magic that came from his brain directly to his heart and then to his fingers, exploding onto the neck of the guitar. He was the greatest guitar player the world has ever known and left a legacy of guitar magic that no one since has come close to. I am honored and privileged to have been involved with this project as Gibson has done an incredible job of recreating these guitars. I can imagine the expression on the fans' faces when they open up the guitar case and wrap their hands around the neck of one of these beauties, plug in and maybe change the world!"

Gibson have released a promo video for the guitars that can be viewed below: