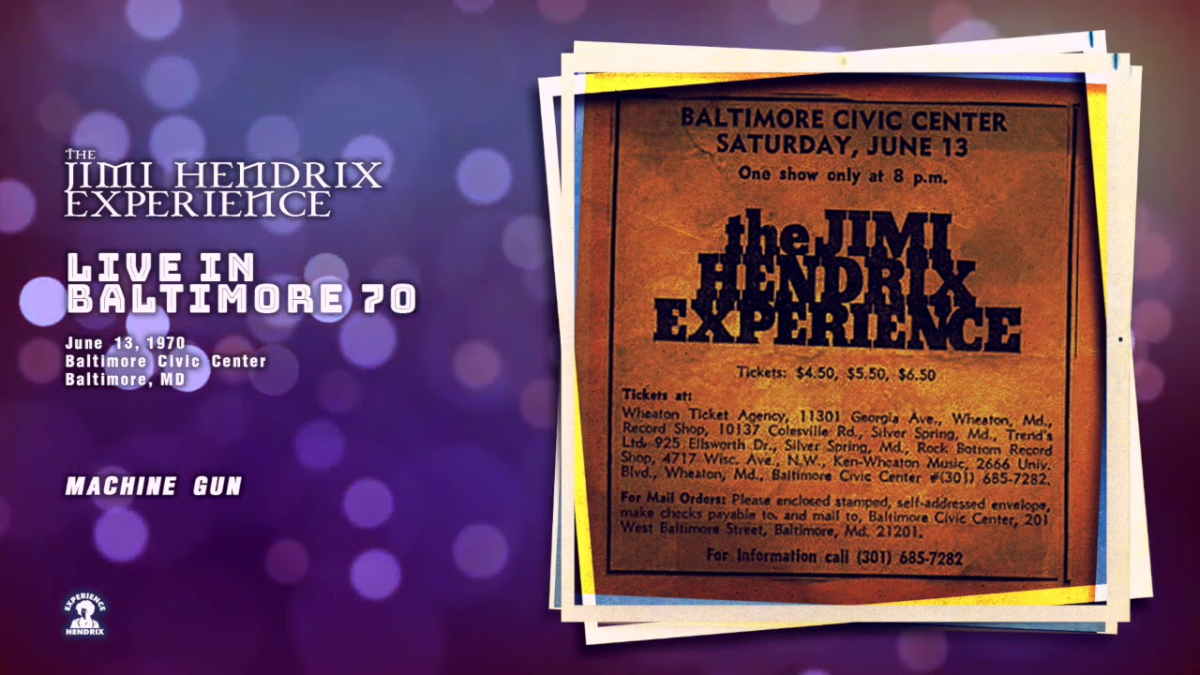 (hennemusic) The Jimi Hendrix estate is streaming audio of a 1970 concert in Baltimore, MD. The live audience recording captures The Jimi Hendrix Experience lineup of Band Of Gypsys bassist Billy Cox, drummer Mitch Mitchell and the guitarist in performance at the Baltimore Civic Center on June 13, 1970 as they delivered a 70-minute, 14-song set - opening with "Straight Ahead" and closing with the "Electric Ladyland" classic, "Voodoo Child (Slight Return)."

"Although a rough sounding recording," notes the estate, "these performances are provided for your enjoyment and to help present further context into Jimi Hendrix's incredible performance legacy."

The Baltimore event was part of The Cry Of Love Tour, which would be Hendrix's final concert series before he passed away in London, UK on September 18, 1970 at the age of 27.

Hendrix had spent some of his final year working on a fourth studio album, with "The Cry Of Love" becoming his first posthumous release when it surfaced in the spring of 1971. Stream the Baltimore concert audio here.