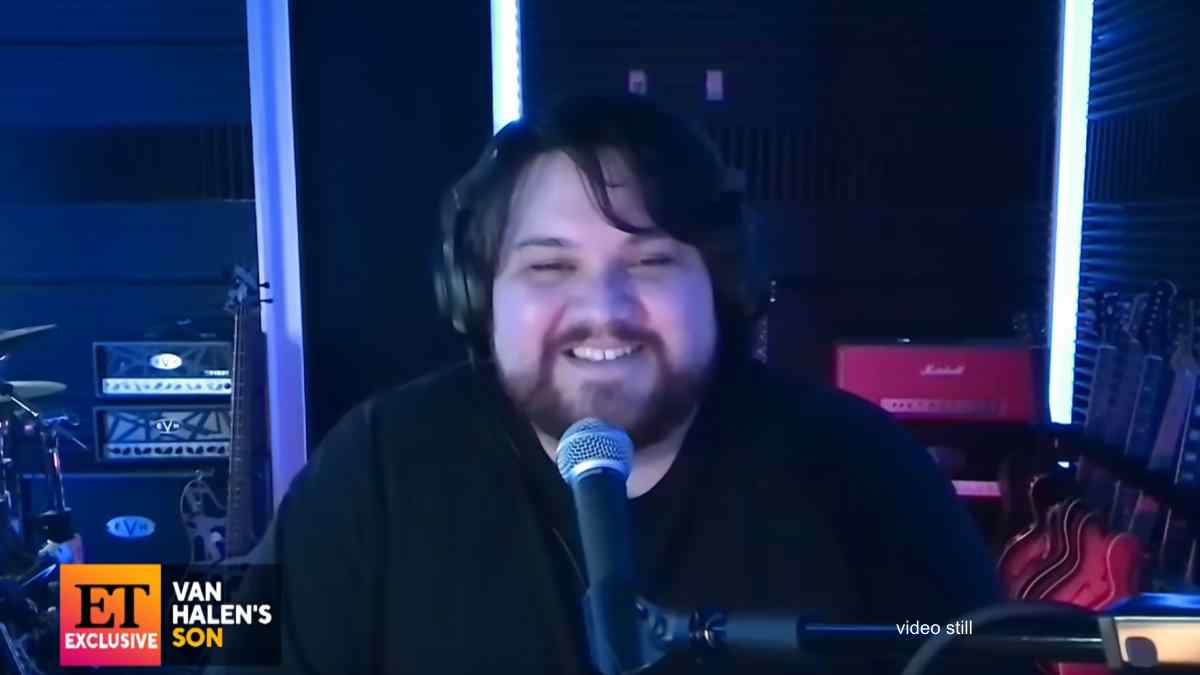 Eddie Van Halen's son Wolfgang spoke with Entertainment Tonight about his new single and also the possibility of a special tribute show to his father, and he once again addressed the rumors that Van Halen could continue with him taking over as lead guitarist.

In the TV segment Wolfgang was asked by host Kevin Frazier "There have neem rumors that you may go out and you may replace your dad in the band [Van Halen]" and he replied, "No way. That'll never happen. You can't have Van Halen without Eddie Van Halen".

In an unaired excerpt shared on the show's website [read here] he said, "My dad would probably be really pissed off at me if I [took his place]. He'd probably be like, 'What are you doing playing my stuff? Go do your stuff.' He would've been really upset, like, 'You have all this music you're sitting on. Why wouldn't you go forward with that?'"

The article went on to say that Wolfgang told him that he and his family may eventually put together a tribute show to his father with the proceeds being donated to Mr. Holland's Opus, which is already benefiting from Wolfgang's just released Mammoth WVH single "Distance".

Watch the TV segment below:

Fans Can Get 'Unchained: The Eddie Van Halen' Story Early