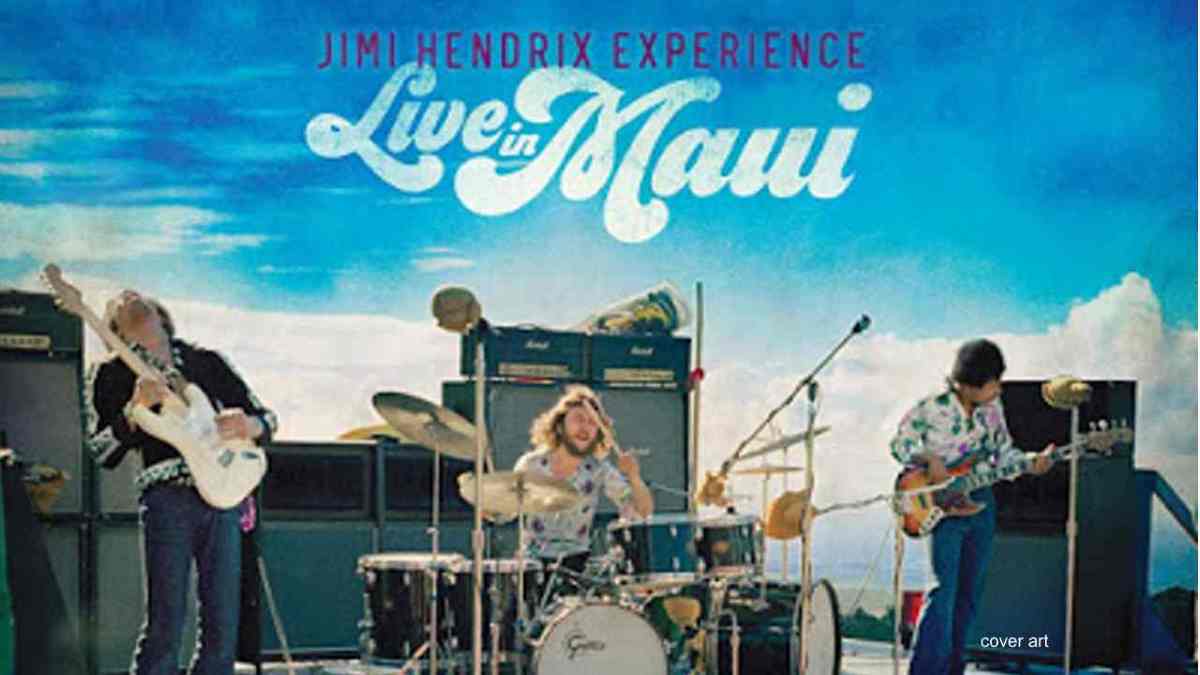 (hennemusic) Jimi Hendrix's team are streaming video of a performance of "Foxey Lady" from the late guitarist's 1970 appearance in Maui, Hawaii. The footage will be featured in the November 20 release of the documentary "Music, Money, Madness . . . Jimi Hendrix In Maui", and the companion album "Live In Maui."

The film chronicles the Jimi Hendrix Experience's visit to the Hawaiian island and how they became involved in the ill-fated 1971 "Rainbow Bridge" movie produced by their controversial manager Michael Jeffery, who arranged for a free Hendrix concert on the lower slope of the dormant Haleakala volcano to added to the package.

Ahead of a scheduled concert in Honolulu on August 1, the free Hendrix show filming on July 30 delivered two sets with the guitarist joined by bassist Billy Cox and drummer Mitch Mitchell, with the latter overdubbing his drum tracks at Electric Lady Studios in 1971 just so some of those performances could be featured in the "Rainbow Bridge" film.

Following the Hawaiian shows, Hendrix returned to New York to work at his new Electric Lady Studios before leaving for a series of European dates; he died in London just three weeks later, on September 18, 1970. Watch the video here.