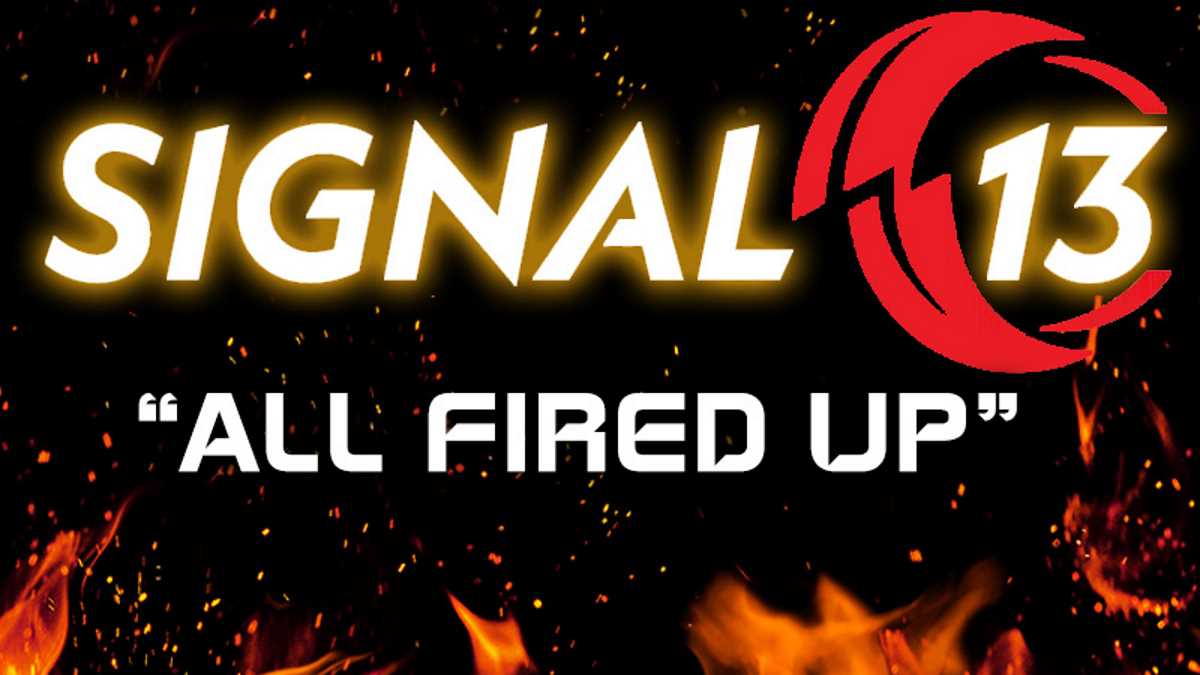 Signal 13 have released a music video for their latest single "All Fired Up." The track comes from the band's 'Destination Unknown' EP and is the follow up to their previous singles/videos "Dirty" and "Stay With Me." chorus.

The band had this to say, "The song is built around this blues-rock riff that everyone really liked and it came together quickly after that. Vicky had lyrics already written and immediately integrated them into the music. As soon as we started playing the main riff, she said 'This is All Fired Up!' and jumped right in with the lyrics.

"Vicky will tell you it's about decisions and committing to move forward or back, but there is more to it than that. I don't want to give it all away but it is much deeper if you listen closely, with some Robert Johnson inspiration going on."

They said of the video, "We wanted to do something different than we have done before. While 'Dirty' was a performance video, it was very basic, with no stage, just two lights, and it fit the song.

"For this, with shows being shut down for so long and not being able to have people see us live, we wanted to give everyone the full show - big and bold and capturing us live.

"Vicky designed the stage herself and the production company really brought it to life. It was a big production for us - a fully custom designed multi-tiered stage, tons of lights, lots of cameras and different angles. It was a long day and we were having fun behind the scenes so folks hopefully get to see who we are a bit off the stage." Watch the video below: