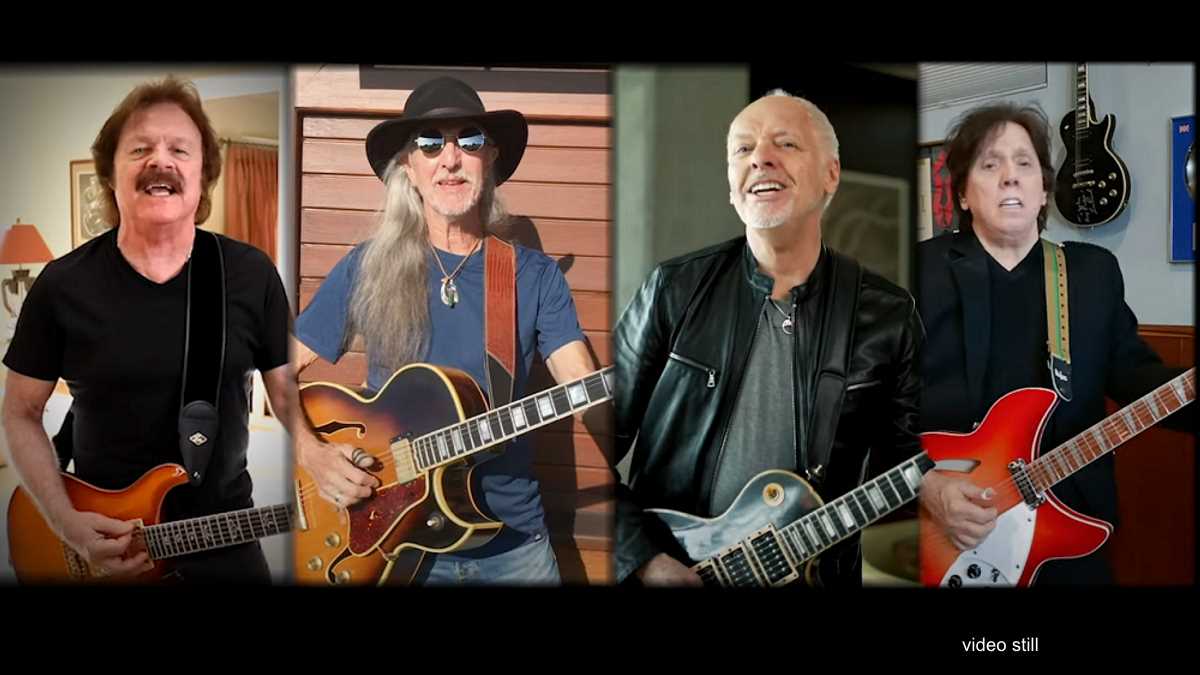 (hennemusic) The Doobie Brothers have teamed up with Peter Frampton for an isolation cover of the Eric Clapton classic, "Let It Rain," and video of the collaboration has been shared online

"A couple of months ago, Peter and I were going over various tunes after deciding to do a song or video together," Tom Johnston tells Rolling Stone. "I tossed out 'Let It Rain' by Eric Clapton and he loved the idea.

"He's a phenomenal guitarist and a fan of Clapton's as am I, so it seemed a great idea to take to the rest of the guys. Peter, Pat, and I took verses and solos and John played some cool pedal steel and helped us put that together with Bill Payne on piano, John Cowan on bass, and Ed Toth on drums. Also Rob Arthur who did all the video work played B3. It was a team effort! We really enjoyed working together on this with Peter."

"It was so much fun playing with my friends The Doobie Brothers even virtually!," adds Frampton. "I look forward to a time when we can, hopefully, play together in person." Watch the video here.