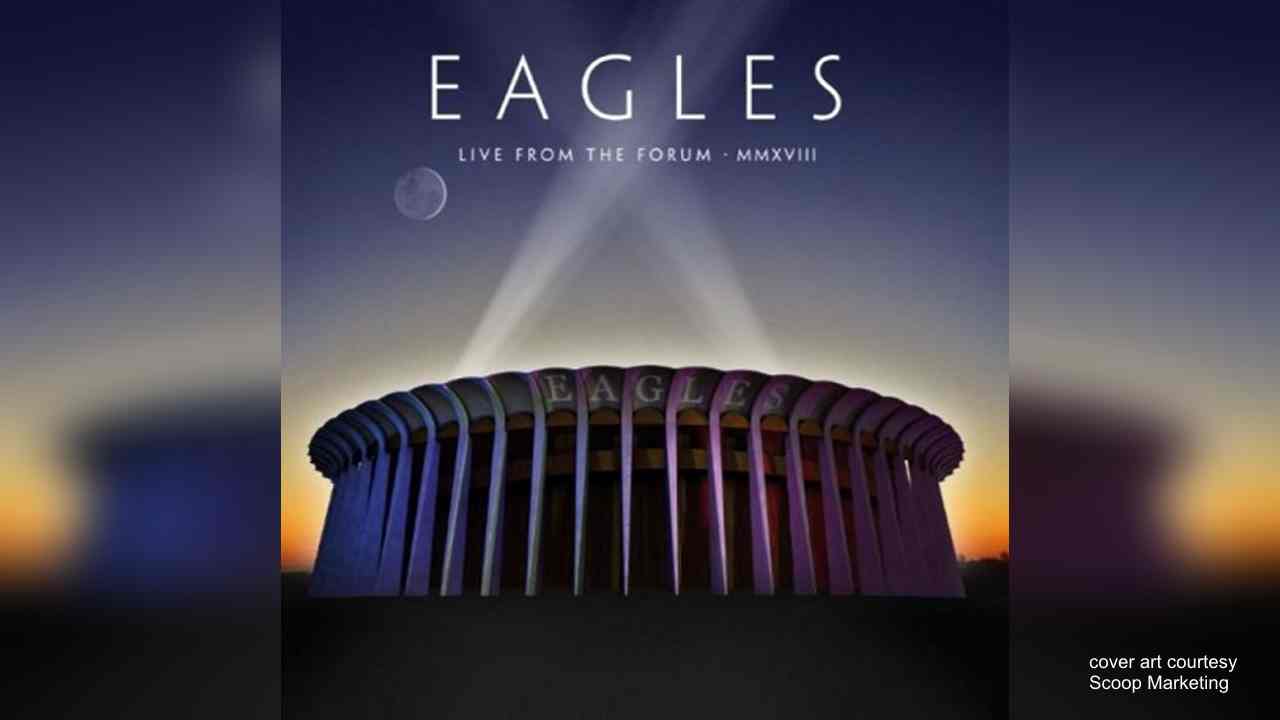 (hennemusic) The Eagles are streaming audio of a performance of their 1975 classic, "Lyin' Eyes", as a preview to the forthcoming package, "Live From The Forum MMXVIII."

A US Top 5 hit and second single from "One Of These Nights" was featured in their 2018 set list, with highlights captured over three sold-out nights at the famed Los Angeles venue for the October 16 release.

The 26-song live album and companion concert film - directed by Nick Wickham - presents the group's first recordings with Vince Gill and Deacon Frey, who joined the touring lineup in 2017.

Following the concert film's premiere on ESPN in July, "Live From The Forum MMXVIII" will be available in a variety of audio and video formats, including Blu-ray, CD, vinyl, and streaming. Check out the song here.